Trump is desperate -- and dangerous 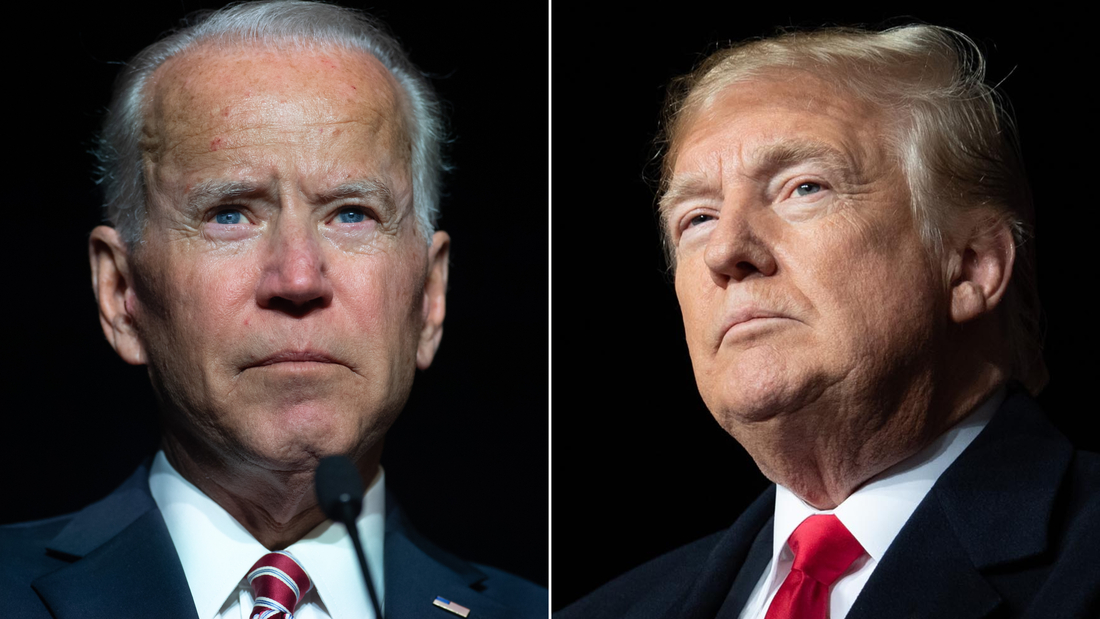 Something's really wrong with the President.

I know, I know. This is a man who was impeached in his first term of office and is so awful to work for that departed officials routinely trash him. (See former national security adviser John Bolton, former Defense Secretary James Mattis and former Secretary of State Rex Tillerson, to name a few.) What I mean is that President Donald Trump now seems wounded and desperate -- and this makes him dangerous.

His dejection was obvious in Trump's lonely, late night walk across the White House lawn Sunday after the Tulsa rally failed to draw the expected crowds (fewer than 6,200 attended, according to the Tulsa Fire Department). He clutched a crumpled, red MAGA hat, while his trademark ruby-red tie was undone, hanging loosely down his chest. He strode like a lumbering bear -- and while he managed to wave to photographers, he didn't even attempt a smile.

Trump must have been upset by the pitiful turnout in Tulsa where he had hoped for the banquet of adoration he needed to energize his ego. It doesn't help that polls show he's being outpaced by his Democratic rival, former Vice President Joe Biden

Now wounded, Trump is resorting to a kind of political terror campaign, spreading blatant lies about foreign-based election fraud and a "RIGGED 2020 ELECTION." Trump's false claims, which have been repeatedly debunked by CNN and others, destroy public trust in the foundation of our democracy and set the stage for a potentially dangerous crisis if voters end up questioning the results on Election Day.

After three-and-a-half years of his deceitful and chaotic reign, Trump's lies about voting come as no surprise. The same is true for the string of awful choices that have put him in a hole with the voters. In this case, Exhibit A is his administration's failed response to the Covid-19 pandemic. While Trump claimed all was well and played snake-oil salesman for a treatment that was not effective, the virus went on to kill more than 120,000 Americans. And now it's only getting worse. In states like Arizona, Texas, and Florida, where GOP governors followed his lead, the spikes in infections have helped push the nation to break the previous single-day record of new cases.

Trump's dismissive attitude toward social distancing and face masks, both recommended by the Centers for Disease Control and Prevention, has also stoked a culture war around these effective public health tools. From the crowds Trump addressed in Oklahoma last week and in Arizona on Wednesday, it seems these true believers demonstrated their devotion to the President by defying science to gather indoors without face coverings. With infections spiking in both states, the rallies were death-defying festivals of risk.

The pandemic, made worse by his failed leadership, has destroyed the economic record Trump hoped would earn him reelection. Then came the nationwide protests against the police treatment of Black Americans, sparked by the caught-on-camera killings of George Floyd in Minneapolis and Rayshard Brooks in Atlanta. A majority of Americans, according to the Pew Research Center, say they support the Black Lives Matter movement. But Trump has responded with little empathy for their concerns and repeated calls for "law and order." He has also proposed criminal penalties for flag burning, urged lengthy prison sentences for those who tear down statues honoring Confederates and personally instructed Interior Secretary David Bernhardt to restore the only Confederate statue in Washington, DC, after it was torn down last week.

Beset by these crises, the president has refused to alter course. (This is, it seems, a man who would rather double-down on a deadly decision than admit a mistake.) True to his dangerously divisive form, he's risking the safety of Asian Americans -- who have already been attacked as scapegoats for the pandemic -- by using a racist phrase to describe Covid-19. He has also continued to use social media to spread inflammatory videos; he retweeted clips that show Black people physically assaulting White people and shared a doctored "racist baby" video. (The video, which was manipulated to look like a CNN segment, was taken down by Facebook and Twitter after one of the children's parents lodged copyright objections.)

What's going on here? A recent New York Times and Siena College poll shows Trump is 14 points behind Biden. Never one for learning new tricks, Trump is responding by pushing all the buttons that worked for him as an outsider candidate in 2016. He indulges in stream-of-consciousness rants, like the one explaining his recent physical struggles at West Point. He pastes ugly nicknames on his opponents. And he continues to rail against immigration. In Arizona, the president didn't meet with brave nurses treating coronavirus patients or comfort the families of those who died from Covid-19. He did, however, tour a recently built barrier at the border with Mexico.

The trouble with Trump's rerun approach is that he's not an outsider anymore. He's the President -- which means he bears responsibility for the state our country is currently in. Things are so bad that he's even lost his chance to brag about the economy, which was once at the center of his claim to success. Unemployment is above 13%, and the economy is estimated to contract 5% in 2020. And while other nations are easing out of lockdown and kickstarting their economies thanks to strong public health measures, Trump's pandemic bungling threatens to make the economic price even steeper for Americans.

Trump has had nearly four years to "make America great again." He's failed. The vast majority of Americans think the country is on the wrong track, according to a poll from NORC at the University of Chicago, and a typical president would try to acknowledge the suffering and show he has a plan for ending it. Trump has done neither, opting instead to cease the daily coronavirus briefings and gloss over legitimate outcry of protesters while emphasizing instances of looting and vandalism.

Aides have recently observed Trump's self-destructing tendencies and fear he's turning himself into a re-election campaign loser. Even his campaign rallies, which fail to enforce face masks and social distancing, seem self-defeating if you consider that older voters who favored Trump in 2016 are more vulnerable to the coronavirus. Encouraging seniors to risk their health by attending indoor rallies where most people don't wear masks (following Trump's example) hardly seems like a good move. Why risk getting them sick, or worse?

Inside the Trump re-election campaign, strategists are focused on those women voters who helped him in 2016. He's at risk of losing their support and needs to offer them more than malice and chaos. The problem is that Trump's instincts are more likely to make him double down on the divisiveness, anger, pettiness and rage. He is, however, capable of a grand gesture or performance that would steal some of the attention his Democratic opponent Joe Biden will get when he announces a female running mate, as he is soon expected to do.

Trump does have a showman's instinct for the dramatic. Under the circumstances we should expect something bold, like replacing Vice President Mike Pence with a prominent Republican woman. How does Vice President Nikki Haley sound?

'Circle The Fort' Trump rallygoers take celebratory drive around I-469