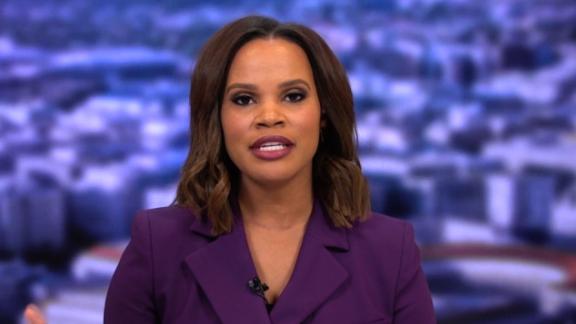 The criminal complaint charging former Minneapolis police officer Derek Chauvin with third-degree murder and second-degree manslaughter for the death of George Floyd offers key clues about the Hennepin County Attorney's Office's approach to the enormously high-stakes prosecution that will unfold over the coming months.

While the complaint sets forth a strong case, it also raises questions about the prosecutors' tactical approach and commitment to seeking a full measure of justice for Floyd's tragic death.

A complaint is, essentially, a preliminary summary of evidence that prosecutors use to lodge a criminal charge and make an arrest. It is a crucial legal document but it is not final or definitive. The complaint does not necessarily set forth everything that prosecutors know now, or will learn as the investigation progresses.

I've written and approved thousands of complaints as a prosecutor, and I've learned to pick up on the indicators, overt and subtle, contained within. Every word in a complaint matters -- particularly here, where the statement of probable cause runs less than two narrative pages, and where the prosecutors know full well the entire nation is watching.

First, the lead charge itself -- third-degree murder -- is light, given the facts. Third-degree murder carries a maximum penalty of 25 years, and requires proof that the defendant committed an act "eminently dangerous to others and evincing a depraved mind, without regard for human life." In other words, prosecutors must show that Chauvin acted recklessly and dangerously, without necessarily intending to kill Floyd.

But prosecutors could have charged (and still could eventually charge) Chauvin with more serious second-degree murder, which carries a potential 40-year sentence and requires proof that the defendant intentionally killed the victim, without premeditation. The evidence seems sufficient to support such a charge -- particularly given the astonishing length of time that Chauvin kept his knee on Floyd's neck (more on this below). But prosecutors sometimes tend to be conservative in initial charges; keep an eye on whether they add the more serious second-degree charge as the case progresses.

But the complaint also contains several warning signs that raise questions about the prosecutors' tactics and commitment to achieving full justice.

The complaint fails to note that Floyd stated "Don't kill me" and "I'm about to die." The complaint notes that, as Chauvin pressed his knee into Floyd's neck, Floyd stated "I can't breathe," "mama," and "please." Yet the prosecutors inexplicably omit some of the most important lines Floyd uttered in the video: "Don't kill me," and "I'm about to die." Floyd's statements are particularly crucial because they unequivocally put Chauvin on notice that Floyd was in mortal danger -- yet Chauvin continued kneeling on his neck. Why would prosecutors leave out the clearest and most legally pivotal statements made by Floyd?

The complaint notes that Floyd "actively resisted being handcuffed." Prosecutors have an obligation to disclose evidence that is potentially helpful to the defendant. But the detail about Floyd "actively resist[ing]" is irrelevant. What matters is not what Floyd did before he was handcuffed; what matters is what Chauvin did to Floyd after he was cuffed (rear-cuffed, no less) and debilitated. The inclusion of this detail raises questions about the prosecutors' approach. Why include this? Are they trying to harm public perception of Floyd? Are they doing a subtle (and gratuitous) favor to Chauvin's defense?

The complaint specifies that Floyd "is over six feet tall and weighs more than 200 pounds." Again, the inclusion of this extraneous detail is curious. Why do the prosecutors go out of their way to specify Floyd's bodily measurements? What's the relevance? The implication seems to be that Floyd was a large man and hence was somehow scary or difficult to restrain. So what? He was unarmed, rear-cuffed, sprawled out on the street, and outnumbered four to one by police officers.

The complaint states that the autopsy "revealed no physical findings that support a diagnosis of traumatic asphyxia or strangulation." This notation seems baffling at first glance, given the crystal-clear video of Chauvin kneeling on Floyd's neck. But the lack of "physical findings" by no means rules out the possibility that the victim died of traumatic asphyxia or strangulation. In other words, a person can die of asphyxiation with or without "physical findings."The complaint is based on "preliminary findings" from the autopsy, so we await the full report, which should follow soon.

The complaint notes that "the combined effects of Mr. Floyd being restrained by the police, his underlying health conditions and any potential intoxicants in his system likely contributed to his death." "Restrained" is a charitable way to describe what Chauvin did to Floyd on video; most would call that something closer to "crushed" or at least "pinned down." And in my 14 years as a prosecutor (or my 45 years of life), I've never heard of a "potential intoxicant." Did Floyd have intoxicants in his system or not? A basic toxicology test should answer that question conclusively, and there is no excuse for prosecutors to not know the answer, or to state it ambiguously, four days after Floyd's death. In any event, even if intoxicants and health conditions somehow contributed to Floyd's death, it does not matter legally. So long as Chauvin's actions were even a contributory cause of Floyd's death, then Chauvin is legally responsible. If Floyd would be alive if not for Chauvin's actions, then Chauvin can be convicted.

This remains a strong case overall, particularly for the conservative third-degree murder charge that prosecutors have lodged. The video remains a devastating Exhibit A, and the complaint lays out a compelling timeline. But it's hard to ignore the prosecutors' inclusion of many irrelevant and ambiguous detours in the criminal complaint that could potentially detract from the charges brought against Chauvin.

Yari (Texas): How does the President's executive order change the law regarding social media companies and whether they can be sued for defamation?

The President's "Executive Order on Preventing Online Censorship" -- issued days after he complained that Twitter put a fact-check label on one of his tweets -- is mostly bark and very little bite.

After an angry introduction that, among other things, lashes out at Rep. Adam Schiff and the "Russian Collusion Hoax," the order declares that the scope of the Communications Decency Act of 1996 "should be clarified." That act enabled the internet to flourish by granting social media and similar companies immunity from defamation lawsuits on the grounds that they are platforms (which allow others to publish content) and not the actual publishers of substantive content themselves. The immunity covers any company that operates in good faith to remove content that is inherently dangerous or unlawful. The executive order appears to contemplate some broadening of potential liability, though it is not clear how such an expansion would be justified. And, in any event, an executive order cannot undo or modify a duly passed law.

Beyond that, the order contains window dressing at best, calling on various government officials to examine and consider fairly marginal issues, such as banning federal agencies from advertising on platforms that have allegedly violated Section 230's good-faith principles.

If anything, the executive order appears to conflict with the First Amendment, which, at its core, prohibits the government from impairing or limiting speech of private individuals.

Scott (Pennsylvania): How are new coronavirus-related warnings and waivers any different from any other situation where businesses already use waivers, like when you agree to certain conditions to enter a concert or festival?

What is new is how courts will apply the key concept of negligence -- meaning lack of reasonable care -- to businesses in the context of the coronavirus. Is it enough to warn customers? Is it sufficient to require masks? To tape off 6-foot distances? To do temperature screening? Practitioners around the country are starting to grapple with these novel questions right now, and eventually some legal consensus should emerge in the courts as to how much precaution is necessary.

2.) Will Twitter be influenced by Trump's executive order to stop flagging his tweets with fact-check labels or other qualifiers?

3.) Will courts in vote-by-mail states across the country decide that susceptibility to the coronavirus is sufficient cause to vote by mail?