Acquittal is not exoneration 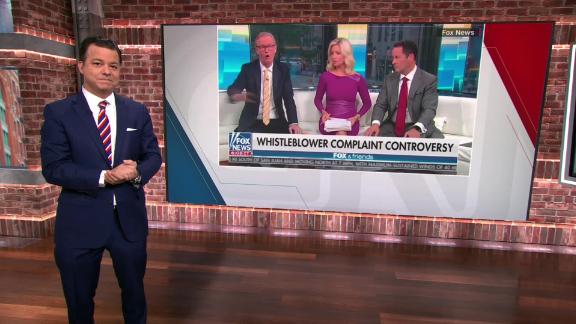 CNN's John Avlon says that although President Donald Trump's acquittal in the Senate is a "foregone conclusion," his impeachment will stand apart from his predecessors, and the GOP's lack of interest in the Senate trial opens the door for the expansion of presidential power.

Despite the Trump White House's insistence that the President has been vindicated and exonerated by the Senate vote to not remove him from office, acquittal does not mean exoneration in an impeachment trial.

Trump's acquittal in the Senate was always a foregone conclusion. No American president has been removed from office as a result of a Senate trial. In their wisdom, the founders placed the bar at an appropriately high two-thirds.

Nonetheless, impeachment will be in the first paragraph of Trump's obituary. It puts him in a permanent presidential hall of shame.

And unlike the impeachments of Andrew Johnson and Bill Clinton, this was not about something obscure like violating the "tenure of office act" or lying under oath about an affair. Instead, it was about something the Founding Fathers feared: foreign interference in our elections -- and none of his defenses hold up to scrutiny when the founders' intent is examined.

So, don't buy this idea that this is somehow Trump's best week ever. Surviving impeachment is not a gold star. And while the President's approval rating ticked up to 49%, it is stunning that his 51% "removal rating" -- the portion of Americans who thought the Senate should convict him -- remains higher than his approval rating.

Don't forget that the President and his legal team argued all along that he did nothing wrong. Michael Purpura, one of his lead lawyers, argued, "The facts and evidence of the case the house managers have brought exonerate the President."

This was not remotely true. Even "Fox and Friends'" Steve Doocy knew something was wrong when he first heard in September about the call between Trump and the leader of Ukraine. "If the President said, you know, I'll give you the money, but you've got to investigate Joe Biden, that is really off-the-rails wrong."

By the end of the trial, at least a half-dozen Republicans finally admitted what the President did was wrong and the evidence does not exonerate him. The Democrats had proven their case. But with the honorable exception of Mitt Romney, they all settled on some variation of saying that Trump's conduct was "improper but not impeachable."

Don't be fooled: It's definitively both.

Donald Trump was caught trying to pressure a foreign power to dig up dirt on a domestic political rival and then cover it up. What would George Washington say? We don't have to wonder -- it's in his Farewell Address: "... foreign influence is one of the most baneful foes of republican government."

John Adams wrote in a letter to Thomas Jefferson before the Constitution was ratified that "as often as Elections happen, the danger of foreign Influence recurs."

And James Madison argued for impeachment at the Constitutional Convention, saying that a president might "betray his trust to foreign powers."

What about the Trump Team's argument that an impeachable offense requires that a crime has to be committed and that abuse of power isn't a legitimate cause for impeachment?

Alexander Hamilton put the kibosh on that idea in Federalist 65: "The subjects of its jurisdiction are those offenses which proceed from the misconduct of public men, or, in other words, from the abuse or violation of some public trust."

And just in case that wasn't clear enough, CNN contributor Jeff Engel pointed out in his book, "Impeachment: an American History," that the founders understanding "of the political nature of impeachable offenses" would have been influenced by the North Carolina state constitution, which dubbed them "offenses against the public interest which need not be indictable under the criminal law."

What about Republicans' argument that obstruction of Congress was an absurd charge? Some may cite George Washington's executive privilege in a fight with Congress over the Jay Treaty.

But Washington specifically wrote that Congress couldn't get its hands on his papers -- "except that of an impeachment."

OK, what about this argument from Alan Dershowitz: "And if a president did something that he believes will help him get elected, in the public interest, that cannot be the kind of quid pro quo that results in impeachment?"

Not so much. As William Davie, a North Carolina delegate at the Constitutional Convention, argued: "If he be not impeachable whilst in office, he will spare no efforts or means whatever to get himself reelected."

And that's really what was at stake Wednesday.

Because despite the desperate hopes of Republican senators longing to acquit the President, there is no sense that President Trump has learned his lesson. He refuses to admit wrongdoing, despite all the evidence. And Republicans' lack of interest in even calling witnesses could open the door to a massive expansion of presidential power while effectively opening the door to foreign interference in our elections. This is happening at exactly the same time that we know foreign powers are trying to interfere in our elections.

An elegant solution to this collective failure of political courage would have been to censure the President, as Sen. Joe Manchin proposed.

It required only a simple majority vote. And with more than a half-dozen Republican senators admitting that what Trump did was wrong, you'd think that this would be an off-ramp between acquittal and removal, a way to formally say that it is not acceptable for presidents of either party to act this way. But it was dismissed by some senators, like Susan Collins, who said it was proposed too late in the process. So much for the idea that it's never too late to do the right thing.

But that's why Mitt Romney's speech carried the force of revelation for many -- a reminder that principles matter more than party loyalty and oaths "to do impartial justice" should be upheld. Fear of hyperpartisan reprisals and bullying tactics from the President should not be enough for senators or citizens to abandon their conscience or common sense. Moral courage is an essential quality in a functioning democracy.

For all their far-sighted insights into human nature, the Founding Fathers did not anticipate the ways that hyperpartisan polarization could short-circuit our system of checks and balances while causing the Senate to forget first principles. And so it's up to all of us as citizens to reassert first principles and core values -- like truth defeats lies -- to change the equation and cause our elected officials to remember that decency and honesty can be the most practical form of politics.