The King Trump defense is terrifying 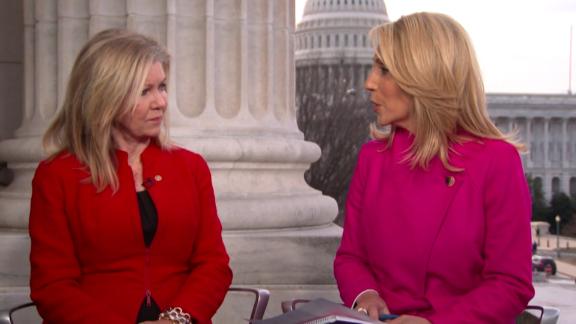 There is a crime against the Constitution going on right underneath the chief justice's nose.

Because any self-respecting institutionalist who has devoted his life to the defense of the Constitution and separation of powers should be able to recognize how dangerous and disingenuous lawyer Alan Dershowitz's argument is on behalf of President Trump.

"If a president did something that he believes will help him get elected, in the public interest, that cannot be the kind of quid pro quo that results in impeachment," Dershowitz said on Wednesday.

This is not consistent with the vision of the founders. It guts the system of checks and balances and it defies common sense. But we might be waiting a while to hear the cries of outrage from small-government constitutional conservatives like Sens. Rand Paul and Mike Lee -- despite the fact that this is the most breathtaking argument for an imperial presidency that could possibly be imagined.

That's because hyper-partisanship and polarization have lulled politicians into staying silent when it is politically convenient. As a reality check, just imagine how the Republicans would respond if a Democratic president's legal counsel advanced that argument. They would be outraged. And they'd be right.

There's been a full court press to roll back Dershowitz's comments. Don't buy it. It appears he said what he meant. Trump's legal team seems to recognize he went too far and could scare off swing votes. That's because the ideas he articulated are worth being alarmed about. If the Republican Senators roll over for Dershowitz's argument, they won't get a do-over when similar circumstances emerge under a Democratic president. This will set a precedent for virtually unlimited executive power.

Under this logic, President Richard Nixon could have been justified for covering up Watergate because he sincerely felt that his re-election was in the national interest. If that seems like a stretch, former White House Counsel and star Watergate witness John Dean facetiously applied that logic to Nixon and wrote, "All Nixon was doing was obstructing justice and abusing power because he thought he was the best person for the USA to be POTUS.... Seriously, that was his motive!"

Earlier in the week, Dershowitz also argued that "abuse of power" could not be considered an impeachable offense: "It is inconceivable that the framers would have intended so politically loaded and promiscuously deployed a term as abuse of power to be weaponized as a tool of impeachment."

Actually, it is entirely conceivable that that was their clear intent. Because that's what Alexander Hamilton wrote in Federalist 65: "The subjects of its jurisdiction are those offenses which proceed from the misconduct of public men, or, in other words, from the abuse or violation of some public trust."

So don't be swayed by Dershowitz's Harvard law-professor credentials -- this isn't some novel reading of the Constitution. It is self-serving nonsense. And that's why every single one of the four legal experts who testified during the House impeachment hearing -- including Republicans' favorite Jonathan Turley -- say that impeachment does not require a crime.

The real danger of the President's defense is clear when you consider the Office of Legal Counsel's opinion that a sitting president cannot be charged with a federal crime. This leaves impeachment as the only remedy to hold the President accountable for serious misconduct. The two-thirds threshold to convict and remove a president is already a high bar to meet -- even more so in an age of polarization. Dershowitz's argument would essentially take it off the table, and allow a president to do almost anything to ensure his re-election -- including asking a foreign power to intervene on his behalf.

George Washington would have thought that argument absurd. In his Farewell Address in 1796, he said: "Against the insidious wiles of foreign influence (I conjure you to believe me, fellow-citizens) the jealousy of a free people ought to be constantly awake, since history and experience prove that foreign influence is one of the most baneful foes of republican government. But that jealousy to be useful must be impartial."

It's worth remembering that George Washington was obsessed with the virtue of being of "disinterested." It's not a word we use very often anymore, but it means not being driven by self-interest, because self-interest distorts judgment and can't be trusted.

Trump's legal team is advancing exactly the opposite argument, to a sinister extent.

Donald Trump raised eyebrows when he bragged during the 2016 campaign that his followers were so devoted that he could shoot someone on Fifth Avenue without losing support. Nobody thought, then, that it would be the basis of a legal argument advanced by the President. But that's exactly the argument Trump's lawyer William Consovoy made in federal appeals court while trying to block the release of Trump's tax returns in October 2019. He argued that the President could shoot someone on Fifth Avenue and not be charged until he is out of office.

This absurd argument belongs in the legal hall of shame right alongside that of Nixon lawyer James St. Clair, who sounded a bit embarrassed when he told the US Court of Appeals, District of Columbia Circuit: "The President wants me to argue that he is as powerful a monarch as Louis XIV, only four years at a time, and is not subject to the processes of any court in the land except the court of impeachment."

St. Clair's absurd defense at least made an exception for impeachment. Now Trump's legal team is taking it a step further -- by saying that he is effectively immune from a court of impeachment.

This is the King Trump defense. And it is an insult to our Constitution and separation of powers.

Anyone who professes to care about the Constitution should recognize the danger of this argument. And if Senators remain silent out of fealty or fear of a president from their party, they should not be allowed to forget it. History is watching and they will be establishing a new precedent that goes against their alleged principles.

But at this moment, it appears that even asking for additional information -- from credible conservatives like former National Security Adviser John Bolton -- is too much to ask. Here we have a direct witness who is willing to testify and who states in the unpublished manuscript of his forthcoming book that the President told him directly that he wanted to continue withholding congressionally appropriated military aid to Ukraine until they announced an investigation into his most formidable political rival.

Hearing from Bolton would force the Republican Senators to confront uncomfortable facts. Instead, they seem eager to accept the word of a president who many acknowledge to be a liar and pretend that the highly relevant new information is not worth further investigation. Dershowitz's argument gives them a whisper of an argument to justify their complicity in a Trump coverup.

This is an insult to the trust put in them by the founding fathers. The Senate -- as articulated by Alexander Hamilton in Federalist 65 -- was expected to be "a tribunal sufficiently dignified, or sufficiently independent...to preserve, unawed and uninfluenced, the necessary impartiality" in an impeachment trial.

It now seems up to Sen. Lamar Alexander to join his fellow Republicans Sens. Susan Collins, Lisa Murkowski, and Mitt Romney, who have hinted they could vote to hear from witnesses -- to uphold that standard. As of Thursday morning, Lamar said he was still undecided. Either way, his legacy will be written by the result of this vote.

The closing questions and debates in this impeachment trial represent much more than a partisan fight over power. They represent a fundamental challenge to the rule of law and the separation of powers. If hyper-partisan polarization is enough to make Senators forget their oaths and even their own power as a co-equal branch of government, they will be setting a dangerous precedent that takes aim at the heart of our democracy at a time when autocracies are on the rise around the world.

In its place will be a President of low character who will be unleashed in pursuing his re-election by any means necessary.

This is happening right under the chief justice's nose -- and the question is whether he will let it happen without uttering a word of warning about the massively destabilizing impact it could have on the Constitution he has devoted his life to defending.