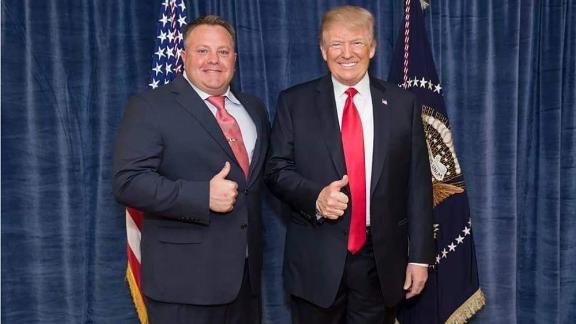 House Democrats on Tuesday tried to toss some new meat into the Ukrainian stew that is the heart of the impeachment case against President Donald Trump. House Intelligence Committee investigators are scouring through a trove of documents supplied by Lev Parnas, an indicted associate of Trump's personal lawyer Rudy Giuliani.

The documents include several spicy morsels, such as text messages to aides of Volodymyr Zelensky, who was then Ukraine's president-elect, and one note allegedly scribbled (with misspellings) by Parnas on stationery from the Vienna Ritz-Carlton. It states: "get Zalensky to Annonce that the Biden case will Be Investigated." It all sounds like something out of a bad espionage novel.

Against the backdrop of House Speaker Nancy Pelosi signing articles of impeachment Wednesday, these revelations may seem like powerful new evidence -- they make interesting reading -- but are unlikely to advance the case against the President in any meaningful way. In fact, they are a sign of weakness on the part of the Democrats.

Much of the material appears to corroborate previously disclosed claims that Giuliani was using Parnas as an intermediary to get Ukrainians to dredge up dirt on Joe Biden, a political rival of Trump's, and his son Hunter.

While none of the information adds any new "high crimes and misdemeanors" to the menu of charges against the President, it does flesh out the details of Giuliani's travels through the dark corridors of the Ukrainian criminal justice bureaucracy, apparently on Trump's behalf. Giuliani makes it abundantly clear to his Ukrainian contacts that he operates on Trump's explicit authority and orders.

In a letter to Zelensky, Giuliani asserted that he acts with "with the President's knowledge and consent" and then requested a meeting. The meeting never happened, but Giuliani's pursuit of Biden dirt continued.

According to the Parnas material, he met with former Ukrainian Prosecutor General Yuriy Lutsenko, trying to build a case for firing Marie Yovanovitch as the US ambassador to Ukraine. She was perceived by Giuliani as unfriendly to President Trump's implicate-Biden agenda.

It looks a bit sleazy for the President to be authorizing his former counsel to represent a potential impeachment witness who is under indictment by his own Justice Department, but it is unlikely to constitute criminal or impeachable conduct.

Indeed, pretty much all of the newly revealed material merely provides a dash of sleazy corroboration of information previously disclosed in the House Intelligence and Judiciary Committee hearings.

It also hits the table a little late in the game and that's after Pelosi's stalling tactics. Republicans will assert that the information should not be considered since it was developed after the articles of impeachment had been voted.

If this were a criminal trial, such evidence would be theoretically admissible if relevant to the charges being tried. Most of the new material passes that test but it fails another. Republican senators will seek to block admission of the documents submitted just a week before the impeachment trial on the grounds that the late submission was deliberate and is prejudicial and unfair to the President.

If Chief Justice John Roberts were to rule against the Republicans, they have the power to overrule him by majority vote. The impeachment trial is a strange place, where the Senate is a jury that has the right to overrule the judge, even on questions of law.

Why does all this show Democrats' weakness in their impeachment case? In high-profile criminal cases, prosecutors are usually well-prepared far in advance of the commencement of a complex trial. Their evidence has been fully vetted in the investigatory process and in motion practice before the court.

In the Trump impeachment, a hasty investigation and presentation of evidence to the House Intelligence and Judiciary committees was terminated before court rulings could have affirmed the legitimacy of congressional subpoena power.

Instead, the House rushed its investigation and compounded the problem by stalling the transfer of the articles of impeachment to the Senate. Meanwhile, the public lost interest. The stall time could have been used to test the subpoenas in court and possibly develop a stronger obstruction case.

It's too late for that now and Pelosi is unlikely to get any rave reviews for the thin Ukrainian stew her House managers' case will serve to the Senate in the days ahead.