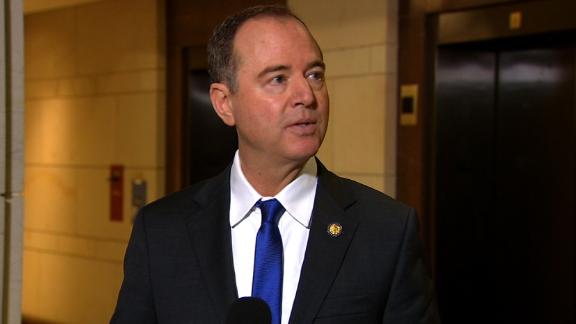 Michael McKinley, the former senior adviser to Secretary of State Mike Pompeo, told lawmakers last month that one senior State Department official told him he felt "bullied" by the department to not comply fully with the congressional impeachment inquiry, according to a transcript of McKinley's comments released Monday.

McKinley testified that on October 3 he had spoken with George Kent, the deputy assistant secretary of state overseeing European and Eurasian affairs, about Kent's concerns regarding some of the department's actions -- including that the department's legal adviser was trying to "shut him up."

Kent told McKinley that Kent had been questioning why the document requests from Congress were not being delivered to him from higher-ups at the State Department on a "timely basis."

"He challenged the deadline they were working against," McKinley recalled Kent telling him. "Why weren't they given the request for documents on a timely basis and why were they having to pull together whatever they were pulling together days after the congressional request had come in."

McKinley said Kent also had raised concerns that a letter from Pompeo responding to the House committees' initial request for documents and testimony contained "inaccuracies" about protecting or providing legal support to State employees who might speak with Congress. McKinley said he was "absolutely appalled" that State was declaring that there would be no financial support for officials' private counsel.

McKinley testified it was clear that Kent "felt that he was being bullied" and that he took very seriously the fact that Kent submitted a memo saying as much to the State Department file.

Former US Ambassador to Ukraine Marie Yovanovitch testified last month that McKinley had raised the concerns about bullying in a call with her in early October, according to a transcript of her testimony also released Monday.

Kent also sent McKinley his memo on the evening of October 3, and the following morning McKinley testified that he had forwarded Kent's memo to three senior State officials: Under Secretary of Political Affairs David Hale, acting legal adviser Marik String and Deputy Secretary John Sullivan. After sending it to Sullivan and Hale, the top two officials under Pompeo, McKinley said that "not one word was said to me about it," nor did he hear from String or the legal office.