Parents, your kids are at risk from hate group outreach 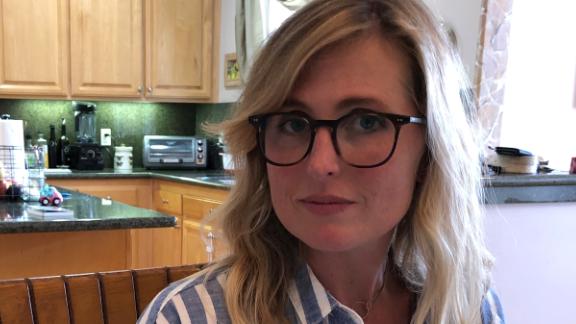 Mother and writer Joanna Schroeder has a warning for parents of teen and tween white boys: If you don't pay attention to their online lives, white supremacists will. CNN's Sara Sidner reports.

Joanna Schroeder is a mother of three in Los Angeles who has made it something of a mission to warn parents of the racism running throughout social media and the way white supremacists are using the medium to "recruit" young boys. To some, her perspective may seem alarmist—she points to the word "triggered" as one commonly used by Nazis to mock how everyone's "too sensitive" these days, though it's also used by plenty of psychotherapists in legitimate patient settings. And, of course, most kids will not be radicalized.

And yet, her concerns are not unfounded.

Cyber-racism—also often called "cyber-hate"—is real, and increasingly prevalent. The internet is a very effective medium for groups with any sort of agenda—subversive or not—to target and groom susceptible audiences. And teenage boys are a particularly susceptible lot. We know that the adolescent brain is very different from the adult brain, which is why teens often engage in risky or defiant behavior. They have unprotected sex, and they text and drive; is it, then, a stretch to think they could easily adopt racist attitudes or language without fully considering the consequences?

Simply put, it's not. A 2018 analysis of 10 years of research on cyber-racism, cited several examples of young, male individuals—most of them ages 14 to 30—who have been radicalized into white supremacist movements. The researchers analyzed the ways in which alt-right groups go about targeting these young men, including providing interactive games and links to music videos on their websites and using humor to appeal.

What's more, it can be easy for parents of teenagers to shrug it off when their boys use questionable, or even offensive, language with one another. Boys will be boys, and all of that.

But more than ever, words matter, and especially among those who are still learning the difference between what's funny and what's not funny, which is basically every teenage boy. There's a difference between slinging an insult at a "friend" and slinging a racist jab, even in jest. Adults know this. But teenagers are forming identities and opinions, while also wanting to fit in with their peers; they are constantly testing themselves and each other. They cannot reliably be counted on to know what's funny and what's offensive, even "good kids" who know the difference between right and wrong. For example: They may know that "Hitler is bad" but they may not have a grasp on the nuance required to also understand that a Hitler reference is never even darkly funny, not even if everyone else is laughing.

Boys, in particular, are wired to impress each other, which can often include using, or enabling, behaviors and language they may not truly feel comfortable with—or even know the meaning of. (Girls, by contrast, are wired to want to impress one another but also to impress boys.) It's a meme-obsessed demographic that's always looking for the next joke, and they know that, when all else fails, shock tends to work. In turn, they may push the limits, or laugh when they don't think something's funny. No kid wants to be the one who doesn't get the joke.

Which is precisely what makes them such easy targets.

So what are parents supposed to do about it? We already know that teens spend too much time on their phones—a whopping nine hours a day, according to Common Sense Media, which even teens agree is too much. But even if parents limit their kids' allowed screen time, it's nearly impossible to monitor their every move on social media. There's just too much to see. Over 95 million photos and videos are shared on Instagram each day; the app's biggest demographic is young adults between 18-24.

That's why it's critical for parents to review a teen's accounts and activity with him or her together, and to talk to them about not only who and what they follow but how they take that information in. What do they think about it? What do they like to read and watch—and do they believe everything they encounter? It's necessary to listen to (and, in texts, read) how they talk to their friends, and call them out on language that's not okay.

Talk to them about the dangers of mindless scrolling, and how passively consuming information correlates to higher levels of depression.

The truth is that most kids aren't looking to the internet to be radicalized, or to become racists. But just because the intent may not be there, that doesn't mean they're not at risk. Most boys aren't bad kids. But they're still kids, and the more of this language these kids see and hear and use, the more it will become normal—and far harder to undo.