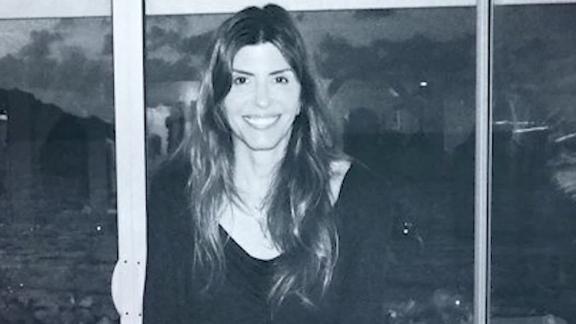 Fotis Dulos was arrested for the second time in the disappearance of his estranged wife Jennifer. Dulos' girlfriend Michelle Troconis was also arrested on related charges. CNN's Brynn Gingras has the latest.

In a new TV interview, the estranged husband of a missing mother of five claims he had no part in her disappearance and says he believes she is still alive.

The NBC "Dateline" conversation was recorded before Fotis Dulos was arrested and charged with tampering with or fabricating physical evidence Wednesday. He was already facing an earlier charge in connection with her disappearance.

He posted $500,000 bond and was released from custody, police said.

Dulos will plead not guilty, his attorney Norm Pattis said.

The interview is scheduled to air Monday. The "Today" show released segments of it Friday.

When asked if he had anything to do with Jennifer Dulos' disappearance, Fotis Dulos says, "I did not, but I'd like to leave it at that."

He is asked if he believes his wife is alive. He says, "I do," adding he'd like to not discuss it any further on the advice of his attorney.

Ex-girlfriend turns herself in

On Thursday, Michelle Troconis, his ex-girlfriend, turned herself in to police on a warrant charging her with tampering with or fabricating evidence. She posted $100,000 bond and was released from custody, according to Connecticut State Police. She also had been charged with one count of that offense earlier.

"Remember that Michelle is presumed innocent, and she should be," said her attorney Andrew Bowman.

Pattis said, "Our hearts go out to Ms. Troconis. We are confident that she will, in the end, tell the truth at trial. The state is a terrifying enemy, but a clean conscience is a powerful ally."

News of the interview followed a bombshell warrant released Wednesday by Connecticut State Police. It said a "bloodlike substance" that contained Jennifer Dulos' DNA was found in the vehicle Fotis Dulos had access to the day she disappeared.

Brian Foley, executive assistant to the commissioner of the Connecticut State Police, told CNN on Friday there is more evidence that has not been made public.

Foley's comments followed the release of the a new warrant that a "bloodlike substance" that contained Jennifer Dulos' DNA was found in the vehicle that her estranged husband had access to the day she disappeared.

"There's a lot more evidence that hasn't been presented as of yet," Foley said.

He said the warrant focused a lot on blood evidence, but there are other types of evidence in the case as well.

"A lot of evidence has been submitted to our state lab and our scientific services division," Foley said.