An Ohio TV meteorologist was arrested on a child pornography charge 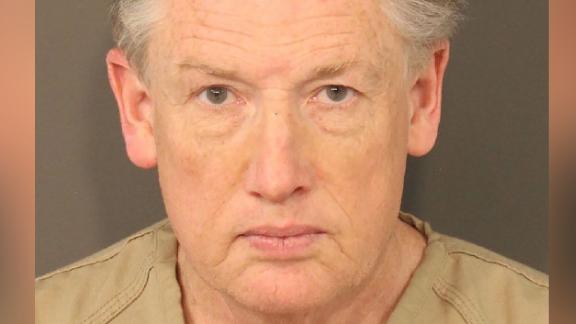 Mike Davis, a meteorologist at CNN-affiliate WBNS in Ohio, was arrested on one felony charge of pandering sexually oriented material involving a minor. Authorities say they received a tip that Davis had sent and received "a significant number of images of child pornography," according to Franklin County Sheriff Dallas Baldwin.

A meteorologist at a CNN-affiliate station in Ohio has been released on bond after being arrested on one felony charge of pandering sexually oriented material involving a minor.

Ohio's Internet Crimes Against Children (ICAC) task force received a tip regarding Davis's internet activity about two weeks ago, and a week later "that information was confirmed and more evidence was gathered," Baldwin said.

Sherman said in court that his client was planning to receive counseling and they are "working to try to right some of the things that have happened in this case."

Conditions for the bond include no unsupervised contact with minors, no internet access -- including through a smartphone -- that he not leave Franklin County and that he surrender his passport.

An arrest warrant for Davis was executed Thursday morning at multiple locations, including the TV station in Columbus.

He was arrested at his home and spent the night in the Franklin County Jail, according to police records.

WBNS reported that Davis declined an interview with the station at the jail.

The alleged crimes are punishable by up to eight years in prison and a $15,000 fine, Baldwin said at the press conference.

"Mike Davis has been employed at 10TV for 31 years. We will cover this story with the same ethical standards we would any other case," the station said Thursday in a report on its website.

Correction: A previous version of this article had the incorrect age for Davis. He is 60.