What caused blue and green lights to glow in a distant galaxy? Scientists are baffled by this interstellar mystery 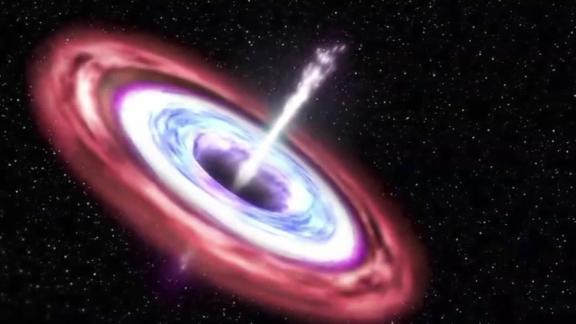 NASA scientists used X-rays to determine new details regarding what happens to a star when it comes too close to a black hole.

NASA scientists spotted pops of blue and green X-rays in a distant galaxy. What caused them to shine, exactly, is mystifying scientists.

The bright rays belong to ULX-4, short for the fourth ultraluminous X-ray source found in the Fireworks Galaxy, about 22 million light years away from Earth, NASA said.

But this ULX had a shorter life than its predecessors. Within 10 days of observations by NASA's NuSTAR and Chandra telescopes, it went from being undetectable to burning bright, then back to invisible just as quickly.

"Ten days is a really short amount of time for such a bright object to appear," Caltech researcher Hannah Earnshaw said.

It could be a black hole or a neutron star

In an August study, researchers wrote the light might've come from a black hole as it swallowed a star. A black hole's gravity pulls astral objects apart, creating an orbit of swirling debris that heats up millions of degrees and radiates X-rays.

But black holes typically nibble on stars for far longer than 10 days, NASA said. ULX-4 appeared and disappeared in a little over a week, so it's possible a black hole swallowed it suddenly.

ULX-4 could also be a neutron star, scientists posit. They form when giant stars aren't massive enough to produce a black hole but collapse into an incredibly dense ball that crams the mass of the sun into a 12-mile radius, NASA said.

Neutron stars spin so fast that its magnetic fields act as a barrier that stops debris from other astral objects it draws in from hitting the star and generating X-ray light. Only when a piece of material makes it past that barrier would the star emit bright X-rays like the ones pictured.

"It would kind of be like trying to jump onto a carousel that's spinning at thousands of miles an hour," Earnshaw said.

It might explain ULX-4's short observation span, NASA said. But unless it lights up again, its origins will likely remain an intergalactic mystery.