There's 'an active shooter every other week' in the US, FBI agent says 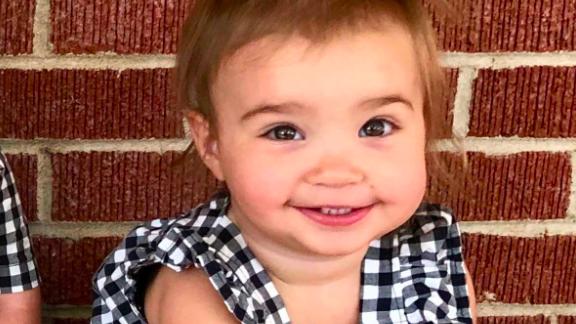 Anderson Davis, the 17-month-old girl, was injured by gunfire in the mass shooting in Odessa, Texas, and expected to make a full recovery.

There have been four mass shootings in the US since July.

Over 40 people have died in these shootings in Texas, Ohio and California. It's part of a trend the FBI says is getting worse each year.

"If you look at the numbers, we're looking at an active shooter every other week in this country," said Christopher Combs, special agent in charge of the FBI's San Antonio division. The FBI defines an active shooter as "an individual actively engaged in killing or attempting to kill people in a populated area" like a school, workplace or other public gathering places.

Combs spoke with CNN Sunday about his frustration with the growing number of active shooters, and possible solutions to help prevent the next shooting.

On Saturday, a shooting on Saturday in West Texas, left seven dead, and 22 -- including a 17-month-old girl -- injured.

Combs said the FBI is working with Odessa police and Texas Rangers on processing the crime scenes -- 15 of them.

At one point during the interview, Combs was asked about his reaction when he received the call about the shooting.

The FBI has done a study on all the active shooters between 2000 and 2018, Combs said, and found that the numbers keep increasing.

"I think it is frustrating for all of us in law enforcement that we keep having to do this," he said, referring to ongoing investigations. "For the FBI in particular, we do them across the country as a service to our state and local partners. It's just getting worse."

In order to solve the mass shooting crisis in the US, Combs said the public needs to better understand the nature of the problem.

"There isn't one problem, there isn't one thing that's going to fix this, but I wish we could have honest conversation with each other about all the facets that go into this," he said.

Combs said that one shooting can often breed another. "After every active shooter, we are concerned that there's going to be copycats," he said, citing something called the contagion effect -- a second active shooting popping up within 13 days of another.

"I think what happens is people are home, they're watching, they see it on TV and whatever demented plan they have in their head, they decide now is their time to go ahead and carry it out."

The biggest takeaway from the active shooter study, Combs said, was that these acts aren't committed at random.

"People don't wake up and do this one day," he said. "There's a path to violence. There is a slow, steady, spiral to violence. The people who see that are families, friends and coworkers."

Combs said paying attention to a person's personality is key. If someone becomes darker and more violent it should raise concerns, he said.

"The way to stop these active shooters is for more people to come forward and to call law enforcement and to tell us when they think someone is in distress and on this road to violence," Combs said.