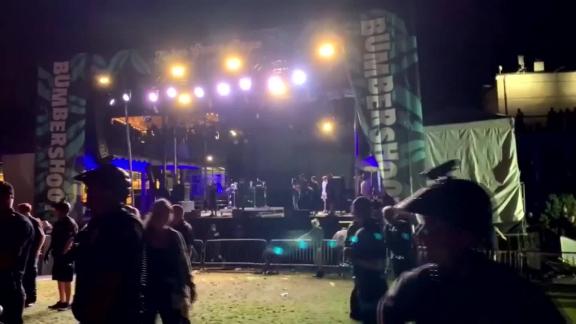 A stage barricade collapsed at the Bumbershoot music festival in Seattle sending four people to the hospital, according to the Seattle Fire Department.

A stage barricade collapsed at the Bumbershoot music festival in Seattle on Saturday night sending four people to the hospital, according to the Seattle Fire Department.

Twenty-five people on the scene were evaluated, and four people were taken to the Harborview Medical Center in stable condition, the fire department added.

Bumbershoot Music & Arts Festival has been held at Seattle Center every Labor Day weekend since 1971, according to the fesitval's website.

"Saturday night at Bumbershoot Festival there was steel barricade failure that resulted in several non-life threatening injuries. Those injured were (handled) by on-site medical teams and further treatment continued at an area hospital as deemed necessary. We are monitoring the situation and will update as we get more information," the festival said in a statement.