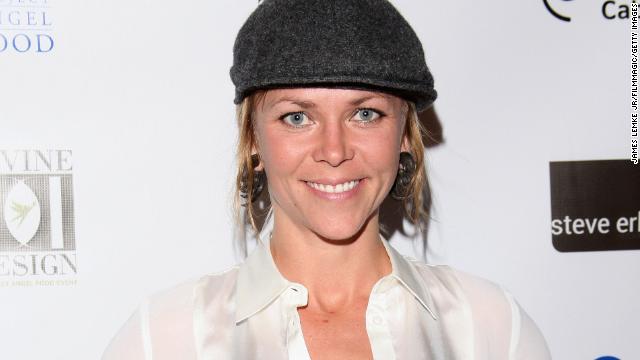 Race car driver Jessi Combs died while trying to beat a land speed record after her jet-powered car crashed in the Alvord Desert in southeast Oregon.

Jessi Combs made a name for herself behind the wheel, but she was more than just your average racer.

Combs, 39, was killed Tuesday while trying to beat a land speed record with a jet-powered car. She died in the Alvord Desert, a dry lake bed in southeast Oregon.

There was a fire at the permitted event, an official from the Harney County Sheriff's office said, without further comment.

"We're just trying to determine what happened," said Lt. Brian Needham. "We can't make any decisions until we get all the evidence."

Combs will also be remembered as a talented TV host, an apparel designer and a passionate advocate for women.

She appeared in multiple episodes of the TV show "Mythbusters," while host Kari Byron was on maternity leave. She also appeared as a host in shows such as "All Girls Garage" and "Overhaulin'."

'She was truly my unicorn'

One of her ex-colleagues, former "Mythbusters" host Adam Savage, told CNN he marveled at how Combs was able to navigate in an industry that is often a boy's club.

"She was a valued colleague on 'Mythbusters,' and an excellent science communicator," Savage said. "We are poorer for her loss."

On Wednesday, he posted on Instagram to express his sadness at losing the woman he loved.

"I have never loved or been loved by anyone as much as this amazing woman @thejessicombs," Madden wrote in the post, which featured a video with pictures of the couple. "She was truly my unicorn and I enjoyed every single minute that I had with her. She was the most amazing spirit that I have ever or will ever know."

Combs and Madden were filming a documentary together. Madden still plans to finish it.

He said he was there when her car crashed and that everything "humanly possible" was done to try to save her.

She had a clothing line

Combs became the fastest woman on four wheels in 2013 at the North American Eagle Supersonic Speed Challenger, when she set a record of 398 mph. In October, Combs set a new top speed of 483.2 mph in a shakedown run.

She was attempting to go faster when she crashed on Tuesday.

In addition to racing and her TV appearances, Combs had a line of women's welding gear with Lincoln Electric. The Jessi Combs Women's Welding Gear line includes jackets, gloves and helmets.

She also was one of the co-creaters of Real Deal Revolution, an online collaborative dedicated to empowering and educating women through industrial skills.