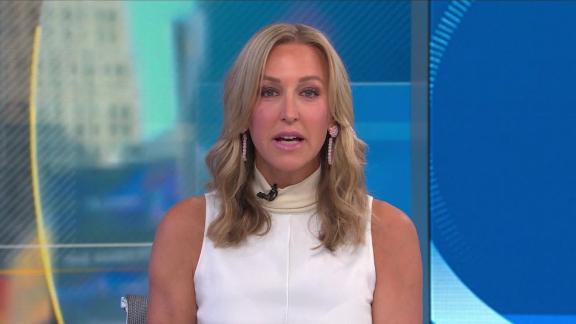 Male ballet dancers are protesting outside the "Good Morning America" studio following a joke that host Lara Spencer made about Prince George's interest in ballet. She has since apologized on Instagram.

"I screwed up," Spencer said on air. "The comment I made about dance was stupid and insensitive and I am deeply sorry."

Controversy arose last week after "GMA" aired a segment that mentioned that the future king of England's favorite activities include ballet lessons.

"We'll see how long that lasts," the GMA co-anchor deadpanned about the 6-year-old's interest before chuckling.

Viewer response was swift, with even dance legend Debbie Allen offering a video rebuttal on social media that was posted with the hashtag #boysdancetoo.

"My sincere apologies for an insensitive comment I made in pop news yesterday," she wrote in conjunction with a picture of an open field and outdoor skyline. "From ballet to anything one wants to explore in life, I say GO FOR IT. I fully believe we should all be free to pursue our passions. Go climb your mountain - and love every minute of it."

On Monday, cast members from the "Cher" Broadway musical led a protest outside the "GMA" studio in which men danced.

Spencer said on her show Monday that she had reached out to and spoken with members of the dance community.

"I have learned about the bravery that it takes for a young boy to pursue a career in dance," she said. "And last night, I sat down with three influential dancers who lived it - firsthand."

Wall had earlier shared on social media that Spencer wanted to make amends for her comment.

"So Lara Spencer just called me on my cell phone, she got my number from Debbie Allen, and she is completely horrified and just truly just issued this massive apology," Wall said in an Instastory on his Instagram account.