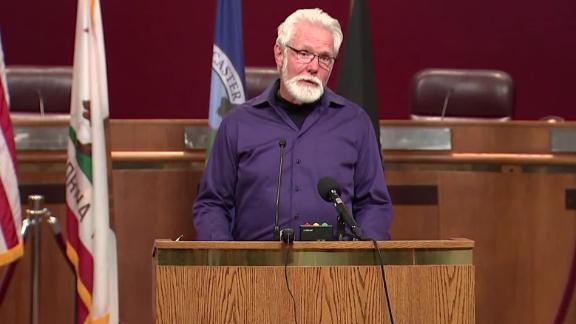 A deputy was wounded when a possible sniper took aim at the Los Angeles County Sheriff's Department, authorities said.

A deputy was wounded Wednesday when a possible sniper took aim at the Lancaster station of the Los Angeles County Sheriff's Department, authorities said.

The bullet came from a four-story building and hit the deputy in the chest while he was in the parking lot, Lancaster Mayor R. Rex Parris said. The deputy was wearing a bulletproof vest, which saved his life by deflecting the bullet into his shoulder.

The deputy was transported to the hospital.

"As the mayor of Lancaster, I can't begin to tell people how sorry I am that we now live in a city where this occurs," he said. "It shakes the core of everything we have."

Parris described the shooter as a sniper, and said he is believed to be in a government-subsidized facility for people with mental health problems across from the sheriff's station. A school within the shooter's range was put on lockdown and students evacuated.

"It's a difficult tactical situation," Parris said. "There is no control over who goes in or out of the building and there are still people inside."

The mayor applauded the sheriff's department for its quick handling of the situation, saying it could have been much worse. "We cannot live in a society that this happens. It's beyond comprehension to me that this occurred in our city," he said.

Lancaster city has a population of about 170,000 and is an hour north of Los Angeles.