Larry King files for divorce after almost 22 years of marriage 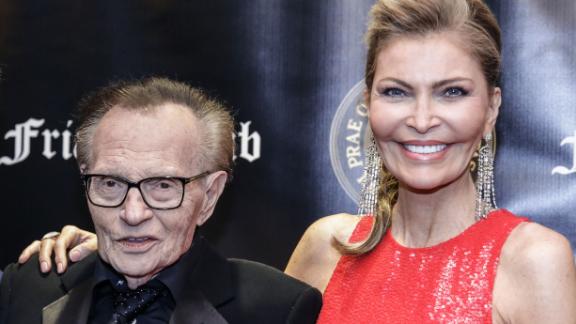 Larry King and wife Shawn have filed for divorce. The two have been married more than 20 years.

Larry King is seeking to end his marriage to his seventh wife.

The 85-year-old former CNN host filed for divorce from Shawn King, 59, in Los Angeles Superior Court on Tuesday, according to paperwork obtained by CNN.

The request for divorce cites irreconcilable differences as the reason for the split.

It's the second time Larry King has sought to end the marriage.

He filed for divorce from the former singer and TV presenter back in 2010, but withdrew his petition after the pair reconciled.

Over the weekend he tweeted a photo with his sons.

CNN has reached out to reps for the couple for comment. As of early Wednesday, neither had commented on social media about the filing.