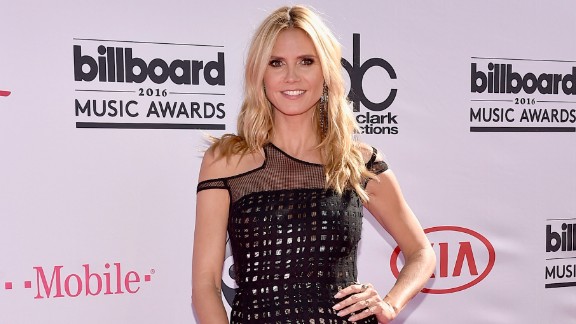 Former "Project Runway" host Heidi Klum is getting both backlash and support after posting a topless photo on Instagram.

Former "Project Runway" host and model Heidi Klum is catching some heat for a topless photo she posted.

Klum, who has been on her honeymoon in Italy, posted the NSFW photo on her official Instagram account.

But others saw something different, based on some of the comments.

"ALL I SEE IS MIDLIFE CRISIS," one person wrote.

Others took exception to the fact that Klum is a mom displaying her body on social media.

The topless pic isn't the only one that generated some negative response.

Klum also posted a photo of herself in a bathing suit, shot from behind, looking out on the water.

"You need to hit the gym grandmaa," one person commented on that photo.

Some people came to Klum's defense, praising the supermodel.

"You know what..at 46 she looks great! Stop judging," one comment read. "Let her enjoy her life and you go enjoy yours."

It was revealed in July that Klum had quietly married 29-year-old musician Tom Kaulitz in February.