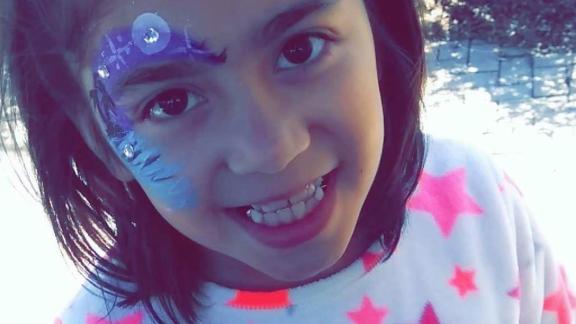 9-year-old Emma Hernandez was killed by three pit bulls in an alley in her Detroit neighborhood.

A week before 9-year-old Emma Hernandez was mauled to death by three pit bulls in Detroit, her father got into an argument with the dogs' owner about them roaming free in the neighborhood, family members told CNN affiliate WDIV.

Emma was riding her bike near her home in Southwest Detroit on Monday when the dogs escaped from the neighbor's yard and attacked her, the station reported.

A week earlier, her father, Armando Hernandez, had an argument with the dogs' owner about better fencing for the dogs, Emma's aunt Claudia Stapleton told the news station.

"They didn't do anything," Stapleton said.

Witnesses tried to save the girl and police said that someone shot one of the dogs. Emma was rushed to the hospital, but died from her injuries.

"This is her neighborhood. She should be able to be free and do what every kid does -- walk around, ride their bikes -- they shouldn't be afraid to be in their own neighborhood," Stapleton told WDIV. "This is just very devastating. Very, very hurtful for this family."

The owner of the three dogs was taken into custody, but police did not identify the 33-year-old man or say if he has been charged. Wayne County prosecutors told CNN that they had not yet received a warrant from police.

The three dogs were taken to Detroit Animal Care and Control and are being evaluated.

"Due to the severity of this case, it is very likely that the dogs will be euthanized," the department said in a statement.

Emma's family described her as "a wonderful child who touched the lives of those around her" on a GoFundMe page to raise money for her funeral costs.

"Emma dedicated her life to school work, playing and enjoying life with her family. Quick to get a head start on school work. She was such a smart and silly girl. Loved to be outdoors and play with her cousins. A beautiful soul inside and out," they wrote.

"It's hard for me not to cry," Cpt. Russell Solano, of the Detroit Police Department told CNN affiliate WDIV. "It's tough, real tough. We're talking about a 9-year-old girl who was just out there playing, and now she's not here."

"It just can't be real," Stapleton told WDIV. "Things like this are easily avoided. Why can't people take measures to take care of their pets?"