Justice for Eric Garner? Not even close 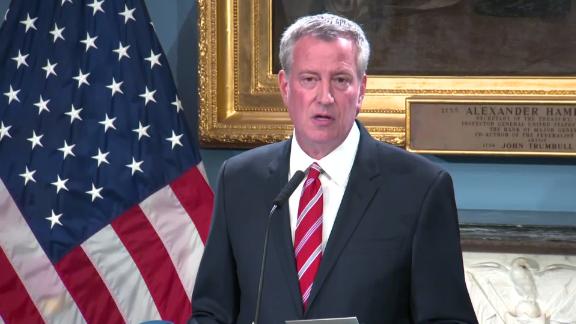 The agonizing, unnecessary, five-year wait before the New York Police Department finally fired Daniel Pantaleo -- the cop accused of fatally choking Eric Garner with an illegal chokehold, horrifyingly captured on video in 2014 -- illustrates how hard it will be to truly reform police tactics in New York and elsewhere around the country.

"Today, we have finally seen justice done," Mayor Bill de Blasio said after his police commissioner James P. O'Neill announced at a news conference Monday that he was terminating Pantaleo.

Justice? Not even close.

In the meantime, the weeks and months ticked by. Garner's 27-year-old daughter died while waiting for justice, and so did his stepfather. Mayor de Blasio meanwhile remained stubbornly silent about the case, refusing to even express an opinion about whether Pantaleo should remain on the force, for fear of prejudicing the outcome of an internal departmental trial.

The mayor, for whatever reason, claimed to be bound by a legally unnecessary level of restraint that didn't stop other mayors—former Mayor Rudy Giuliani, for one-- from speaking out against alleged police misconduct on their watch. De Blasio's allies in the civil rights movement condemned him for the standoffish attitude.

Things appeared to come to a head when civil rights activists disrupted de Blasio's appearance at a recent presidential debate in Detroit by shouting "Fire Pantaleo!" during his opening remarks, before they were escorted out of the arena by local cops.

Commissioner O'Neill, after announcing Pantaleo's firing, acknowledged to reporters that the department's delays -- most of which took place before he was commissioner -- were inexcusable.

"Five years is too long. It's not fair to the family, it's not fair to anybody involved," he said. "It definitely makes me rethink, going forward, how would we proceed with administrative trials."

The bottom line is this: a cop killed an unarmed father using a chokehold that was expressly prohibited by the NYPD 20 years before Garner's death and remains banned, according to the NYPD Patrol Guide. ("Members of the Force SHALL NOT use a chokehold").

But the NYPD has been lax about enforcing its own rule. The New York Times reported that the NYPD's Civilian Complaint Review Board received more than 1,000 complaints about the use of chokeholds between 2009 and 2013, but called for the punishment of only nine officers. "In all but one of the cases decided, the officers were not disciplined, or were given the lightest possible sanction: a review of the rules," the Times reported.

That is the underlying tragedy of Eric Garner. If the NYPD and Mayor de Blasio had taken a serious, forceful and pro-active stance against the illegal use of chokeholds, Pantaleo would have been fired long ago. Instead, the interminable delays suggest an unwillingness to confront a longstanding problem in the NYPD -- delays that may have cost a man his life and that divided a city.