'Good Boys' wins the weekend at the box office 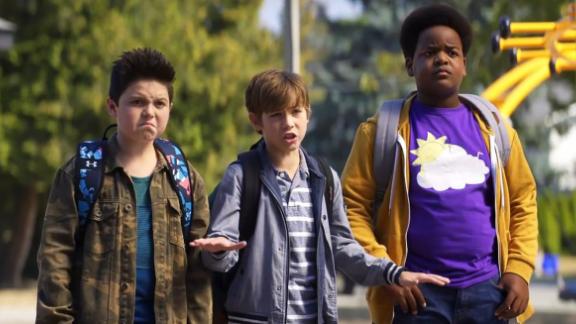 'Good Boys,' an R-rated comedy from Seth Rogen scored the top box office spot over the weekend, making it the first R-rated comedy movie to do since 2016.

Seth Rogen's "Good Boys" topped the US box office with a $21 million opening weekend, according to estimates by Box Office Mojo.

The raunchy coming-of-age comedy, released by Universal, ran in 3,204 theaters. It is the biggest opening for an original comedy so far this year.

"Good Boys" had been expected to topple under "Hobbs & Shaw" in North America with an opening in the $12 million-$15 million range. Nearly 70% of the "Good Boys" audience was between ages 18 and 34, according to The Hollywood Reporter.

Universal has also been having a great August box office with "Hobbs & Shaw," which placed second in its third weekend at theaters with an estimated $14.1 million.

In May, Rogen told GQ his formula for being a successful filmmaker.

"Twenty to thirty-five million dollars is where you're never going to be their biggest problem. That's literally what it is," Rogen told the publication. "As long as they're making some $150 million movie that's a f***ing disaster, they're not paying attention to us. We're the smartest business decision they made that week, because they just don't have to worry about us. A lot of our career is just based on not being their biggest headache. Every once in a while, I meet someone, or one of my friends, [who] is their biggest headache, and it's like, 'Oh yeah, thanks to you, we can do whatever the f*** we want.' "