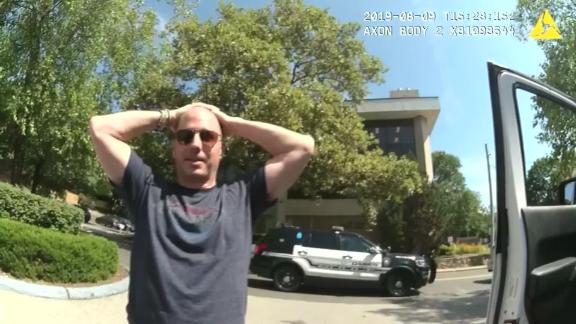 Police released bodycam video of Yankees General Manager Brian Cashman stopped at gunpoint after his car was still mistakenly marked as being stolen.

Luckily for Cashman, it was a case of mistaken identity.

Cashman's Jeep Wrangler had recently been stolen, and he'd just picked it up from police. He was taking it to Norwalk, Connecticut, to get it processed by police there. However, the vehicle had not yet been removed from the stolen vehicle list.

Officers had earlier received a call about a suspect driving a white jeep -- and when they ran Cashman's plates, the vehicle came up as stolen.

Police intercepted Cashman and ordered him out of his car at gunpoint.

In the video, Cashman can be seen backing up with his hands raised toward a police officer who is pointing a weapon at him.

After they checked Cashman's identity, the officers apologized and he was released.