They were woken up from their bunks to do the unimaginable. First responders recall the carnage in Ohio 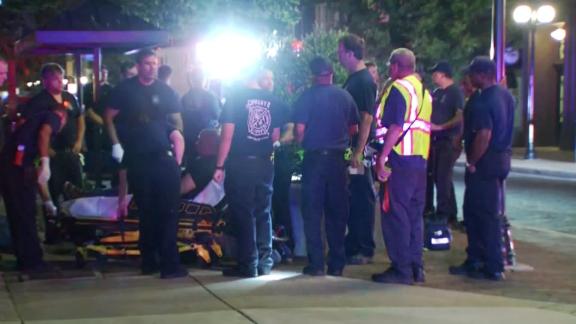 CNN's Brooke Baldwin speaks with the first responders to the Dayton, Ohio, mass shooting about the race to save lives after they were first notified about an active shooter.

The women and men of Dayton Fire Department Station 11 spent the early hours of Sunday morning on a horrifying task: searching for victims in the aftermath of a mass shooting.

At 1:06 a.m. on Sunday, 911 calls came in about a shooter opening fire on a popular, downtown neighborhood in Dayton, Ohio. Nine people were killed and 27 injured.

"Dispatch, we got shots fired. We got multiple people down. We're going to need multiple medics," said the call from first responders.

CNN's Brooke Baldwin spoke to the men and women of Station 11, who talked about the night they were woken up from their bunks to something they never expected to happen in their hometown.

'I thought it was a mistake'

"I thought it had to have been something really bad, then I looked down at the computer and I saw that it said mass casualty and I thought it was a mistake," said Jacqueline Bechler, an EMT with City of Dayton Fire-Rescue. "I couldn't hardly believe that something could happen like that here."

Landis credited the Dayton Police for their response to the violence.

But the fire department had their role to play in saving lives that night, and Landis said they, too, did it well.

"I was here in my bunk and the call came in and, when we got on the scene we were just, we were part of the initial search and triage team to find victims, patients, and treat them accordingly," Patrick Bernard, a firefighter and EMT, said.

In such a shocking scene, Landis said the men and women had to fall back on their training to get the job done.

"We got the information that we had, and we had to develop a plan, which is exactly what we had trained for," Landis said, adding that the department had trained for such situations with local police. "So, we were prepared for it, and we put that plan into place, and it worked very well."