After the Dayton gunman opened fire, this man died in his son's arms 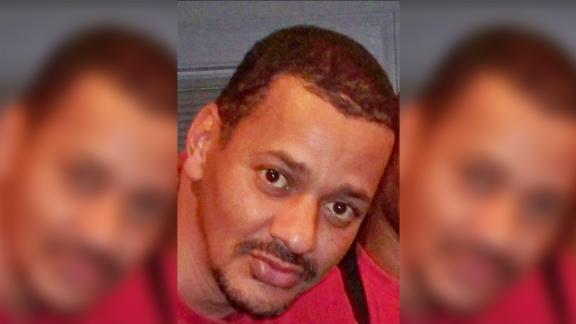 Dion Green, his fiancée and his father were out for a night on the town in Dayton when a gunman opened fire into a crowd of people enjoying a popular nightlife district. Green's father, Derrick Fudge, was one of nine victims in the mass shooting in Dayton, Ohio. CNN's Randi Kaye reports.

Dion Green, his fiancée and his father were out for a night on the town in Dayton when he saw a man with a mask on.

As the man came around the corner, Green said he heard two shots. At that point, "I'm still thinking this is not real," Green said in an exclusive interview with CNN.

The man passed Green and let off a barrage of gunshots. People started to panic.

Green, his fiancée and his father, Derrick R. Fudge, dropped to the ground until the shooting seemed to stop, Green recalled. He told the others they needed to move.

But his father wasn't moving. The 57-year-old gasped for air.

Green, 37, checked him for wounds.

"I didn't see no blood on the body area," Green said. "Soon as I get closer onto him, I grab him and get behind his head, and I see the blood just coming from both sides of his head.

"I just lost it and then I just grabbed onto my dad ... I didn't want to be touched by nobody," he said.

"That was my last chance to really speak to him. He looked at me, he was breathing. He just lied there with his eyes open in my arms.

His father was "just looking up to the sky, with his eyes just wide open, just taking little gasps of air and then he didn't move no more," Green said.

"And I just laid across his body and just laid on him."

Green thinks he spoke with the gunman's dying sister

Fudge was one of nine victims who died early Sunday after a gunman fired 41 shots in less than 30 seconds into the crowd of people enjoying a popular nightlife district.

Another 37 people were injured, some of them by gunfire, authorities said.

Not far from his father's body, Green said he saw a woman who had been hit and was breathing shallowly.

Green said he has come to believe the woman was the gunman's 22-year-old sister, Megan K. Betts, after seeing a photo of her on the news. Megan Betts also died that night.

Green said investigators have asked him about the encounter.

On the day of the shooting, Green said he had been canoeing all day and hadn't seen his dad. He didn't have much free time generally, so he invited his father to come out in the evening.

Now he can't stop thinking about that decision, wishing he had never invited his father along.

He is his father's only child. Fudge lived in Springfield, Ohio, about 26 miles from his son.

Green and Fudge worked together refurbishing and running rental properties. In his spare time, Fudge liked to fish and play cards, his son said.

Fudge loved his dog, a Labrador mix named Lucy Lu. "If he didn't have me, I would think he would love that dog more than anybody in the world," his son said.

Green said he feels like God is trying to break him.

"I used to think I'm a rock for this family . ... I started as a rock but I'm starting to feel like a bag of pebbles," he said. "How much more you going to just keep breaking me?"