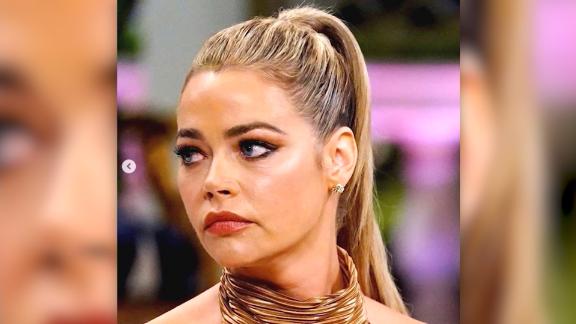 Actress Denise Richards thanked fans after she received messages pointing out that she had an enlarged thyroid while she was filming "Real Housewives of Beverly Hills" reunion show.

Tori Spelling and Jennie Garth brought back Donna and Kelly for fans of "Beverly Hills 90210."

The two wore special dresses to a Peach Pit pop-up with colorful graffiti of their characters names to mark the return of the popular '90s series.

A six-episode reboot called "BH90210" will premiere on Fox on August 7.

"MyBFF @jenniegarth and I were inspired to pay homage to our OG characters with a modern pop in iconic #bh90210 colors." Spelling posted to Instagram. "Thx to @mandiline and @adeel_k for helping us execute our vision!"

The dresses were made by costume designer Mandi Line, who revealed they were a last-minute creation.

"These dresses and styling were down to the wire," she wrote on Instagram.

Denise Richards recently announced she'll also be on the show