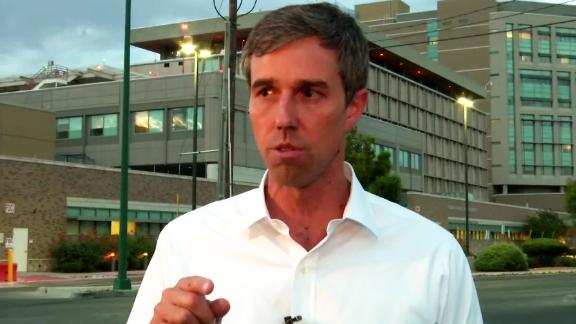 Democratic presidential candidate Beto O'Rourke called President Donald Trump a racist and said his words can be connected to a mass shooting in El Paso, Texas, that left at least 20 people dead and more than two dozen injured.

The Walmart was crowded with families shopping for back-to-school supplies when a killer walked in and opened fire with a gun. Twenty people died and 26 others were injured.

Less than two years have passed since 26 people were gunned down as they worshiped at a Sutherland Springs, Texas church. The slaughter of 10 people in a Santa Fe, Texas, school was only last May.

And that's just Texas. Overnight, a shooter claimed the lives of 9 people and injured 26 others in Dayton, Ohio.

As a Texas resident, I know our state has notoriously lax gun laws, and the El Paso shooter would not have looked out of place walking into the Walmart with a semiautomatic weapon.

Anyone can openly carry rifles in Texas without a permit, and a handgun license lets them put semi-automatics over their shoulders or pistols on their hips when they run to the corner store. Spotting an armed Walmart shopper in the produce aisle is not exactly a cultural rarity. When open-carry laws were approved in Texas, Walmart adopted a policy that employees must request to see a shopper's gun license before allowing them to carry their weapon in the store. Open-carry activists were not happy with the corporate decision.

Still, this open-carry policy has made it incredibly hard to determine who is a good guy with a gun and who is a bad guy with the gun.

Gov. Greg Abbott expressed his condolences during a press conference, highlighted the issue of mental illness and released a public statement calling the shooting a "heinous and senseless act of violence." But back in 2015 the Republican sent out a tweet that said, "I'M EMBARRASSED. Texas #2 in nation in new gun purchases, behind CALIFORNIA. Let's pick up the pace, Texans. @NRA." (It appears he tagged the organization to make sure his pals at the NRA noticed his fealty to their ambitions).

Do not assume that Abbott will ever express regret for that tweet. There have been other mass shootings in Texas since he posted the tweet, and there will likely be more. His response to these tragedies continues to be the standard issue of "thoughts and prayers."

Hours after the shooting, El Paso Police Chief Greg Allen said the case has a "nexus to a potential hate crime," and mentioned a possible manifesto in connection to the suspect. The FBI stressed that more investigative work was needed before determining a motive, though the suspect reportedly drove 10 hours from Dallas to deliver his grief to El Paso.

President Trump can also be considered complicit in this crime for vilifying immigrants attempting to cross the border and fomenting racial tensions with his political rhetoric. Former Rep. Beto O'Rourke, an El Paso native running for president, went so far as to say he thinks Trump is a white nationalist on CNN's State of the Union on Sunday morning.

The border city of El Paso has often been at the center of the national debate on immigration, and its economy is dependent on trade with Mexico. The Cielo Vista Mall flanking the Walmart is popular with Mexican shoppers, though most businesses in El Paso are seeing a slowdown in customers from Mexico. Increased security under the Trump administration means waiting up to 10 hours to cross the Rio Grande, either as a pedestrian or in an automobile.

Despite this slowdown, three Mexicans were among those killed on Saturday and six were injured, according to Mexico's President Andres Manuel Lopez Obrador.

El Paso's image will also be wounded. The city has long been considered one of the safest in America and has historically low crime rates, according the FBI's Uniform Crime Statistics Report. The horror is also compounded by the fact people will accept this as part of American life.

But we can do something.

First, let's elect a President who unites us instead of stoking divisions based on our differences. Second, lawmakers need to pass gun-reform laws that control access. The House of Representatives has already passed a new federal background-check law because current loopholes are not filled by state regulations. Unfortunately, it runs into trouble in the Senate, where it faces opposition from people like Texas Sen. John Cornyn, who proudly carries an A+ rating from the National Rifle Association. (He also always carries with him pockets full of thoughts and prayers because they frequently come in handy).

Stopping mass shootings is possible. Let's start by implementing universal background checks and linking state and federal databases so criminals are red-flagged regardless of where a gun is purchased. Those looking to buy a gun should also be screened in mental health patient registries, and there ought to be reasonable waiting periods before gun purchases to ensure all background checks are comprehensive.

State laws are insufficient, and there is only a patchwork of digital communications across governments. All that must change.

Or we can just keep selling more guns. Any ideas on how that turns out? 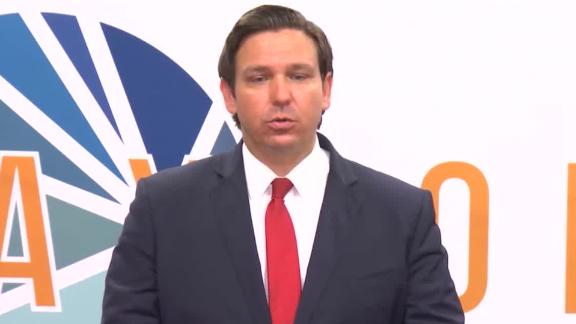