A 'tough year' for Dayton. First, tornadoes tore through the city. Now a mass shooting 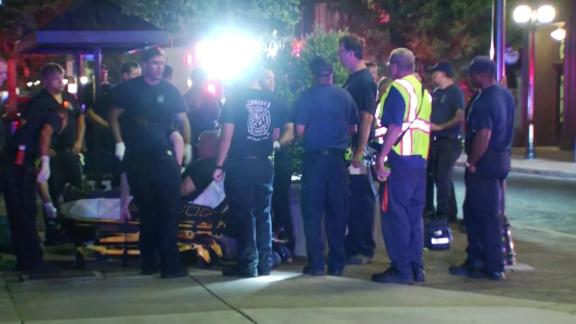 In May, tornadoes tore through the Dayton, Ohio, area. Two months later, a gunman killed nine people in less than a minute in a popular nightclub district.

Dayton Mayor Nan Whaley said the city has "gone through a really tough year," with the tornadoes and Sunday's mass shooting. As many as 14 tornadoes struck Dayton in late May, she said.

"What really goes through my mind is one seems completely preventable," she told reporters Sunday. "I just question when is enough enough."

The shooter who wore body armor, opened fire early in the morning in a downtown district, police said.

At least 27 people were also injured, authorities said. Officers killed the gunman after he fired for less than a minute from a ".223 high-capacity" gun. He had additional magazines with him, according to Whaley.

The .223 caliber is used in rifles like the AR-15, an assault rifle used in previous mass shootings.

Police have identified the shooter as Connor Betts, 24. Authorities also released the names of the victims, who range in age from 22 to 57.

Ohio Gov. Mike DeWine said, "all the victims are from our own backyard, too, so this is just an immense tragedy."

Officials will stay focused on the victims and the community, said Whaley, who was elected mayor in 2013 after serving two terms on the city commission.

"I continue to be amazed about the grit and resiliency of this community, the challenge that it has taken on just in the past few months," Whaley said. "And the love and support that comes from people, is something that keeps me going as mayor and makes me so proud to do this work."