'Bachelorette' finale shocker was definitely a game of love 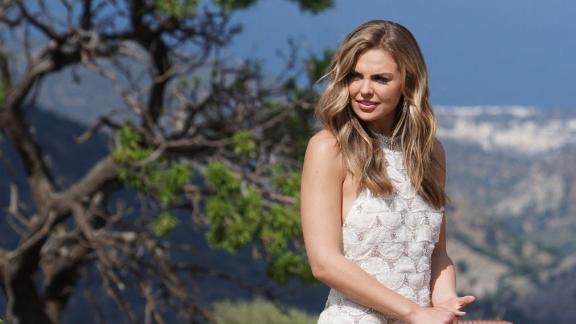 The season finale of ABC's "The Bachelorette" fulfilled its promise both to devoted Bachelor Nation fans who'd riot if this chapter didn't include a diamond ring and talk of nuptials and to the hate-watchers who argue that orchestrated, made-for-television romance is not real.

Tuesday's season finale of ABC's "The Bachelorette" fulfilled its promise both to devoted Bachelor Nation fans who'd riot if this chapter didn't include a diamond ring and talk of nuptials and to the hate-watchers who argue that orchestrated, made-for-television romance is not real.

Almost immediately, the episode started with something that was sure to launch some Twitter debates. Contrary to the wishes of her parents and much of the show's fanbase, "Bachelorette" star/grand prize Hannah Brown interrupted Tyler Cameron's heartfelt proposal on a Grecian mountaintop. Instead of saying yes, she sent the general contractor and his abs back to Jupiter, Florida by telling him that "I love someone else."

This person was, presumably, his fellow "Bachelorette" contestant, Jed Wyatt. The Nashville musician brought out his guitar and strummed a tune during his proposal. While the gesture caused Brown to cry as she accepted, it made naysayers more suspicious that Wyatt was only on the show to promote his career.

These opinions were soon validated.

Although Brown and Wyatt did get engaged, the excitement only lasted for a couple of days. Soon after "The Bachelorette" fans were shown selfie videos of the duo celebrating their romance, Brown confirmed to the cameras that she'd learned of the bombshell People magazine story that claimed he'd left a girlfriend at home to be on the show. He confirmed this news and that short-lived engagement went kaput. (Truthfully, it only took a few gazes at Wyatt's deer-in-headlights eyes and seemingly forced happiness at their engagement to know that this wasn't a "Bachelor" or "Bachelorette" relationship meant to last).

After a tearful confrontation that was perfectly punctuated with reaction shots from the in-studio audience who were watching the finale live, Brown and Wyatt parted. In an interview with "Bachelorette" host Chris Harrison, she admitted that it's been a difficult few weeks and "that's not what I said yes to." She also refused to take Wyatt back when he was brought out to grovel.

So is Brown still looking for love? The "Bachelorette" producers found out when Cameron came onto the stage and she reminded him that "you're an incredible guy and I'm a single girl." Brown asked Cameron out on a date and he agreed -- as long as they'd take things "one step at a time."

As for the future of Wyatt's music career or whether "Bachelor" and "Bachelorette" producers will step up their vetting efforts? Both are to be determined.