Jeremy Lin is the first Asian-American player to win an NBA ring. Now he says the league has given up on him 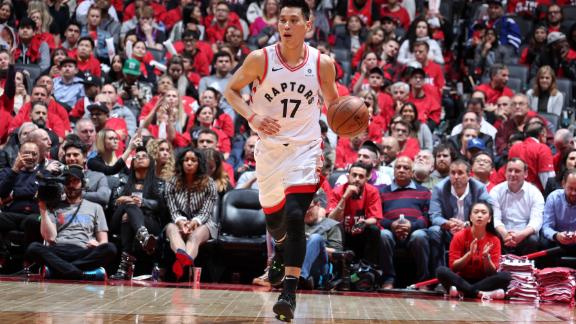 Jeremy Lin, who became the first Asian-American player to win an NBA title while playing for the Toronto Raptors, says he is struggling as a free agent.

Jeremy Lin, who became the first Asian-American player to win an NBA title while playing for the Toronto Raptors last season, says he is struggling as a free agent.

"Every year it gets harder," the 30-year-old said during an emotional interview at an event in Taiwan. "There's a saying, and it says once you hit rock bottom, the only way is up, but rock bottom just seems to keep getting more and more rock bottom for me."

He continued, "So, free agency has been tough. Because I feel like, in some ways, the NBA has kind of given up on me."

Lin rose to fame in 2012 with a sudden series of dominant performances that helped the New York Knicks notch a stunning win streak. His remarkable run was dubbed "Linsanity."

But Lin's career has been sidelined by injuries and inconsistency since his breakout.

The player just wrapped his ninth season in the NBA, with the Raptors after he was traded from the Atlanta Hawks. The Harvard grad has jumped from team to team throughout his pro basketball career, playing for eight franchises so far.

Lin averaged about 3.4 minutes in the 2018-19 playoffs and only played one minute during the NBA Finals. While some criticized Lin for receiving a ring without playing much, others defended him for the hard work it took to get there in the first place.

Some have credited Lin's success with helping Asian-American athletes fight racist stereotypes and preconceptions about their skills.