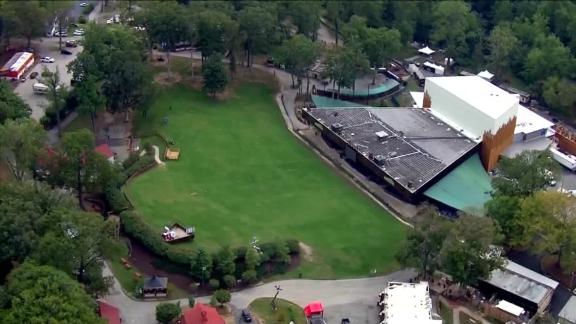 After a series of setbacks, organizers of the 50th anniversary of the Woodstock festival announced it is being moved to Maryland and will be held at Merriweather Post Pavilion. This move has prompted some artists to announce they are no longer performing at the festival.

Jay-Z will no longer be performing at the upcoming Woodstock 50 festival, a source with direct knowledge of the matter told CNN.

The source did not cite a reason for the rapper's decision to pull out of the performing lineup, but the 50th anniversary of the Woodstock festival has faced a series of setbacks.

It remains unclear whether the festival, scheduled for August 16 to 18, will go on as planned. Tickets have not been made available for sale.

Jay-Z's departure from the festival, first reported by The Associated Press, came amid reports that festival organizers were changing venues.

According to a report by Variety, organizers are planning to hold the festival at Merriweather Post Pavilion in Maryland instead of a previously scheduled site in New York.

Musician John Fogerty said Friday that he has also decided not to perform at Woodstock 50.

A statement posted to a Facebook page for Fogerty -- who performed at the original Woodstock festival as the front man of Creedence Clearwater Revival -- said the artist "knows where he will be for the Anniversary weekend of Woodstock."

"At only one site ... at the original one -- the Bethel Woods Center for the Arts."

CNN has reached out to festival organizers for comment.

The festival has been plagued by one issue after another. In April, a marketing firm that was financing the festival opted to pull out, with executives telling festival organizers that they were canceling the event.

But organizers, including promoter Michael Lang, one of the creators of the original festival in 1969, said it wasn't up to the firm to cancel the festival, and they trudged on.

"We are in discussions with another venue to host Woodstock 50 on August 16th-18th and look forward to sharing the new location when tickets go on sale in the coming weeks," Gregory Peck, a managing organizer of the festival, told CNN in a statement at the time.

In March, some of the music industry's biggest names were announced as headliners, including Miley Cyrus and Chance the Rapper.