Kristin Davis tears up recalling racism directed at her baby 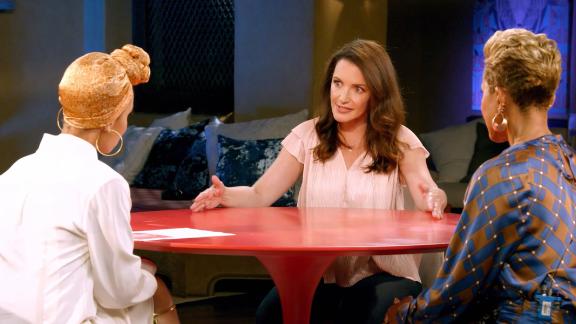 "Sex and the City" star Kristin Davis opened up about being a single mother to an adopted black daughter and son on an episode of "Red Table Talk" with host Jada Pinkett Smith.

Kristin Davis is the proud mother of two black children, but she knows that she can never fully understand what they most go through in this world.

The "Sex and The City" star appears in the latest episode of "Red Table Talk" titled, "Should White People Adopt Black Kids?"

Davis sat down with hosts Jada Pinkett Smith and her mother, Adrienne Banfield Norris, about being a single mother to an adopted black daughter and son.

Pinkett Smith mentioned that some within the black community have felt at times that such parents were attempting to be "white saviors."

Davis got tearful recalling an instance when she was holding her daughter who was a baby at the time and people would say, "Won't she be a great basketball player."

"I would just have to be, like, 'This is a baby. How could you say that without just being mortified?," she recalled. "That was when it began."

She also said that as a white person, she can never fully grasp what it means and feels like to be black.