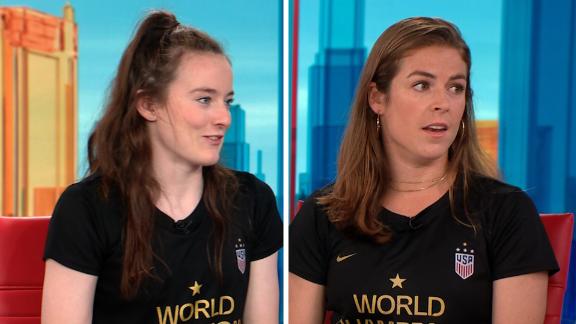 It's been 20 years since Brandi Chastain scored the left-footed penalty kick at Pasadena's Rose Bowl Stadium to win the 1999 Women's World Cup for the United States.

On Wednesday, the anniversary of the victory, the Rose Bowl will unveil a statue honoring the 1999 United States Women's National Team.

A tweet announcing the ceremony featured the famous photo of Chastain after she whipped off her shirt and fell to her knees in celebration -- which has been called one of the most iconic moments in sports history.

Another post showed a photo of the bronze statue, but it's blurry and doesn't give away the design.

"That one moment inspired a global generation of young female athletes to strive for equality and greatness," the stadium said in its invitation.

"They're players I looked up to and had posters of them on my wall and autographs. I watched them play in the '99 World Cup, I watched them all growing up," said two-time World Cup winner Carli Lloyd.

"They paved the way. They carved out this path for us and now it's our job to continue to make it better for those that are coming up."