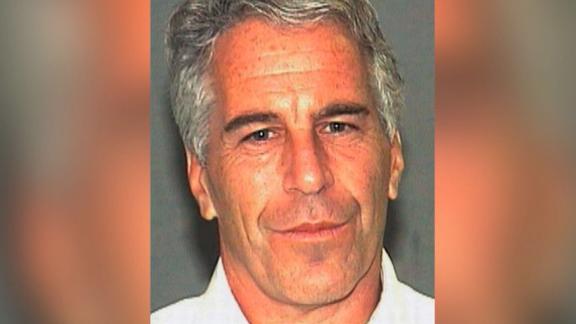 Let's wish a happy belated birthday to the oldest person in the US. Alelia Murphy turned 114 over the weekend. Here's what else you need to know to Get Up to Speed and Out the Door. (You can also get "5 Things You Need to Know Today" delivered to your inbox daily. Sign up here.)

The rest of the soccer world might be hoping that perhaps it's seen the last of Team USA, which won its second consecutive World Cup and fourth overall yesterday in France. They'll probably be disappointed. With its comfortable 2-0 win over the Netherlands, the US Women's National Team showed that it has both the youth and experience to be a force to be reckoned with in many World Cups to come.

No one expected the Netherlands to win this match up, but the Dutch actually held on for over an hour, before experience (in the form of Megan Rapinoe) and youth (Rose Lavelle) scored two US goals within eight minutes and put things out of reach. While other football federations will continue to invest heavily to catch up to the Americans, Team USA heads home to face other battles, like securing equal pay for female players.

Chants of "equal pay" rained down from the stands at the soccer stadium in Lyon, France, and Rapinoe and others brought up the subject during post-match news conferences. Members of Team USA will soon start mediation with the US Soccer Federation in a lawsuit over pay equity. Meanwhile, on Wednesday, the team will be honored with a ticker tape parade in New York City. No word yet about a possible White House invitation.

Iran is no longer complying with the nuclear deal it signed with the US and five other countries in 2015. The deal was intended to keep the country from developing a nuclear weapon. Iran announced over the weekend it had started to increase uranium enrichment beyond the purity threshold it agreed to as part of the nuclear deal. Iran had agreed to keep its uranium enrichment threshold below 3.67% (enough to provide power to parts of the country, but not enough to build a nuke) in return for the lifting of economic sanctions. But President Trump pulled the US out of the deal last year and restarted economic sanctions against Iran. After learning of Iran's latest move, the President warned the country to "be careful."

Those two quakes last week weren't the fabled "Big One," but they have made earthquake preparedness top of mind for Californians again. Over the weekend Gov. Gavin Newsom said that a statewide early alert system will be coming out "shortly." No one was killed or suffered major injuries when the two quakes -- a 6.4-magnitude earthquake on Thursday followed by a 7.1 shake the next day -- hit about 120 miles outside of Los Angeles. There was a lot of damage though. Thousands of aftershocks continue to rock the region, and the chances of future strong earthquakes in the immediate future remain high. Here's what you need to know about the California earthquakes. And here are some quake myths that need to be debunked, like California falling into the Pacific Ocean.

The era of left-wing populism is over in Greece. The center-right New Democracy party won the first national elections there since the country exited a bailout regime a year ago. It's a clear rejection of the austerity policies favored by the ruling, left-leaning Syriza party. New Democracy's Kyriakos Mitsotakis will be Greece's new prime minister. He promises to rebrand the country and change its image as Europe's problem child in the wake of an eight-year economic depression. He wants to reignite the economy by slashing taxes and regulations, while attracting investment. Mitsotakis will be sworn in as prime minister later today.

It's summer! Time to hit the beaches. But you can't do that right now if you're in Mississippi. All 21 of the state's beaches along the Gulf Coast are closed because of toxic algae. The algae, called a blue-green harmful algal bloom, can cause rashes, stomach cramps, nausea, diarrhea and vomiting, a state agency warned. The blooms occur when colonies of algae grow out of control. This particular situation was partly caused by the opening of a spillway in Louisiana which brought "excessive" freshwater to the coastline, a Mississippi newspaper reported. Algae blooms such as this are happening with increasing frequency due to climate change and increasing nutrient pollution.

Cameron Boyce was only 20 years old, but he was a star for years on shows on the Disney Channel. He died over the weekend in his sleep after a seizure.

A festival that charged white people more for tickets than people of color? It actually happened in Detroit.

We all knew the designs of Frank Lloyd Wright were extraordinary. Now the UNESCO World Heritage List thinks so, too.

Let's take a trip to Poggioreale, the Sicilian ghost town that flat out refuses to die.

Billionaire Jeffrey Epstein, who was arrested and indicted on new charges related to alleged sex crimes involving minors, is expected to appear in federal court in New York today.

NUMBER OF THE DAY

QUOTE OF THE DAY

"I thank you for accepting my humanness."

Singer Ariana Grande, in a letter to her fans after social media videos showed her crying onstage at a recent concert

What happens when you combine science with rock music? Something electric. (Click to view)