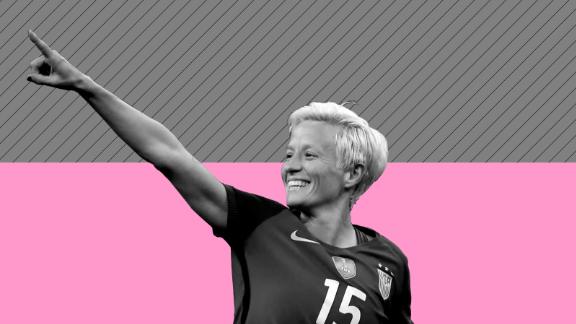 Sweden hadn't beaten Germany in women's football at a major tournament since 1991. The last time a team lost a World Cup quarterfinal after scoring first came in 1999.

But those streaks came to an end Saturday as Sweden upset the second-ranked team in the world 2-1 in Rennes, France, to set up a Women's World Cup semifinal against the fast-improving Dutch.

Goals from Sofia Jakobsson and Stina Blackstenius gave the Swedes -- downed by Germany in the 2016 Olympic final in Rio -- victory in the evening kickoff after Lina Magull's brilliant opener.

"We looked at Germany and knew there would be a bit more space behind their back line to exploit with Blackstenius and Jakobsson," Sweden boss Peter Gerhardsson was quoted as saying by FIFA. "Today it worked well, sprinting past the defensive line. We knew we had to threaten them behind their back line."

The Netherlands earlier beat Italy 2-0 in the afternoon heat in Valenciennes to reach a first ever semifinal at the tournament.

They, along with GB and Sweden, earned spots at next year's Olympics in Tokyo. The top three European nations at the World Cup locked up berths, with England's performance putting GB through.

"I don't even think that Sweden played that well today," German captain Alexandra Popp was quoted as saying by FIFA. "We should have done more. We lost balls too easily and were looking to play the long ball too often. We lacked that final, killer pass in front of goal."

It was a familiar name, Vivianne Miedema, who scored the winner for the Oranje in the 70th minute courtesy of a glancing header before another header from Stefanie van der Gragt 10 minutes later put the game away.

Germany hadn't even conceded a goal in France prior to Saturday, so when Magull netted in the 16th minute on a scissor-kick volley it felt like the floodgates would open.

The opposite happened, however.

Sweden on the counter

A single ball over the top regularly unlocked the German defense, with the ever threatening Jakobsson denied by Almuth Schult before the forward made no mistake in the 22nd minute.

For all of Germany's possession, ninth-ranked Sweden continued to cause havoc. Schult had to push another shot over the bar and a scramble in the box almost put Sweden ahead.

But Sweden did go ahead for good in the 48th minute as Blackstenius, who ended her scoring drought against Canada in the last 16, scored on a rebound following Schult's fine save. Germany wanted a foul in the buildup but it wasn't given.

Jakobsson had three more chances but was either stopped by Schult or shot wide.

Sweden ultimately had to hang on, with an offside ruling that went to VAR negating a possible penalty when keeper Hedvig Lindahl clattered into Popp. VAR finally took a backseat in the quarterfinals following taking center stage in the group stage.

Marina Hegering's header with Lindahl stranded in the dying minutes flashed wide to the relief of the underdogs. Lindahl's struggles came after saving a penalty against Canada.

Germany -- yes, Germany -- was the last team to lose a lead in the quarterfinals, against the US 20 years ago. Its surprise elimination followed the men's team crashing out in the group stage at the Men's World Cup last year in Russia as the defending champion. Tough times.

Miedema at 22 has tallied a remarkable 61 goals for the Netherlands, which has quickly become one of the world's strongest teams.

The Netherlands pulled off an upset by winning the European Championships on home soil two years ago, beating Sweden in the quarterfinals, and has maintained the momentum in France.

"I'm not really surprised with how far we've come, but I'm very proud of the team," Dutch manager Sarina Wiegman was quoted as saying by FIFA. "I think we have very good players but things have changed so much since the European Championships. We've gained a lot of confidence but we also needed to improve our game to perform on the level that we're at at this World Cup."

France recorded its highest ever temperature Friday amid a heat wave that has struck much of Europe, hitting 45.9 degrees Celsius (114.6 Fahrenheit) in Gallargues-le-Montueux in the south of the country.

Though the thermometer didn't climb as high Saturday in Valenciennes in northern France, it still rose to the mid-30s Celsius (mid-90s Fahrenheit), according to France Meteo, the national meteorological service. It was slightly cooler for the game in Rennes, though drink breaks in each half were still in use.

The Netherlands actually asked world governing body FIFA for the kickoff time to be changed beforehand. Italy wanted a later start time, too. But it didn't happen.

The contest was the lone quarterfinal played in the afternoon, while the rest were scheduled for the evening local time.

The way the game ended, perhaps the Netherlands didn't mind playing in the afternoon, although there might be a knock-on effect for the semifinal. The USA and England meet in the other semifinal.

Italy has captured the imagination of its home public with record viewing figures in the millions in their first World Cup appearance since 1999.

But Italy paid the price for not taking two good opportunities in the opening interval.

Winger Valentina Bergamaschi chested down with aplomb in the 18th minute when in the box but shot tamely at keeper Sari van Veenendaal.

Two minutes later, Bergamaschi danced into the box but, in a promising position on the right, scuffed her effort.

The Netherlands was often in promising positions -- notably down the right flank -- but did little to test keeper Laura Giulani.

Took over second half

That all changed in the second half, when the Dutch took over.

READ: Rapinoe, the US Soccer star who irked Trump

Sherida Spitse's free kick from a central position from just outside the box was a clear warning sign. The Netherlands opened the scoring shortly thereafter.

Miedema cleverly got between Italian defenders and headed into the corner from former world player of the year Lieke Martens' free kick, the first goal outside penalties Italy conceded in France.

Off another set piece, van der Gragt made it 2-0, with Giuliani getting a hand to the effort but unable to keep it out.

There might have been a frantic finish had Daniela Sabatino scored in the 82nd minute, but the substitute was denied by Veenendaal.

Still it was Italy's best finish at a Women's World Cup since making the last eight 28 years ago.

"The way they played and approached matches and their passion, they've shown people back home that football can be a sport where you have enjoyment, helping one another, unity and all these values," Italy coach Milena Bertolini said. "I think that's why the public have fallen in love with this team."