Shawn Mendes' video of 'Señorita' just made everyone, everywhere fall in love with him 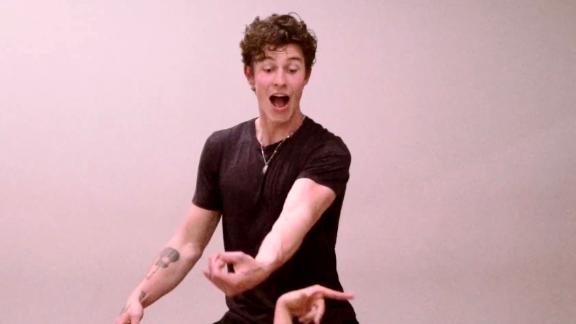 Singer Shawn Mendes released behind-the-scenes footage of his music video with Camila Cabello, "Señorita," including a moment when he accidentally dropped Cabello while they were rehearsing their dance moves.

Shawn Mendes is 20, yes, but if you happen to have eyes, you can't really deny the fact that he's cute.

So, of course, a new video released Monday in which Mendes shows behind-the-scenes prep for his video, "Senorita," filmed with Camila Cabello, is sparking an internet swoon.

We see the two rehearse for the sexy bedroom dance sequence, where Mendes is shirtless, and another scene of them dancing, sweaty in a nightclub.

While he pulls the dance numbers off flawlessly, Mendes says in the video, "This is my worst nightmare...having to dance."

During rehearsal, he tells the crew, "You can't just drop Camila Cabello! If I do that again, it's over for me."

The two appear solidly in sync.

A part-two look at the video's making is due to drop later on Tuesday.