An off-duty officer killed a man who attacked him in a Costco while he was holding a child, police say 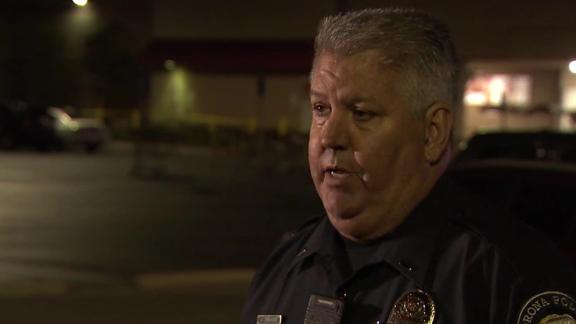 A shooting inside a Costco store left one person dead and others injured in Southern California, police said.

An off-duty Los Angeles Police Department officer shot and killed a man and injured two other people in a Corona, California, Costco after the man attacked him, according to authorities.

The officer, who has not been identified, was shopping with his family in the store Friday evening and holding his young child when a man he did not know "assaulted" him, according to a news release from Corona Police Department Public Information Officer Tobias Kouroubacalis.

The release said the attack was unprovoked.

The officer fired his weapon, killing 32-year-old Kenneth French and injuring two of French's family members. The injured relatives were taken to local hospitals, where they are in critical condition, Corona police said.

The officer suffered minor injuries and has been released from the hospital. His child was not injured in the incident, the news release said.

"The Department has initiated an Administrative Investigation and is working with the Corona Police Department to learn more about the incident," Los Angeles police said in a statement.

Officers arriving to the scene on Friday initially believed there was an active shooter, Lt. Jeff Edwards of the Corona police said. Panic broke out as people tried to flee the store, leaving some injured in the scuffle.

Many left their personal items -- purses, cellphones, and backpacks -- at the store in an effort to get out quickly. Corona Police are now trying to find their rightful owners.