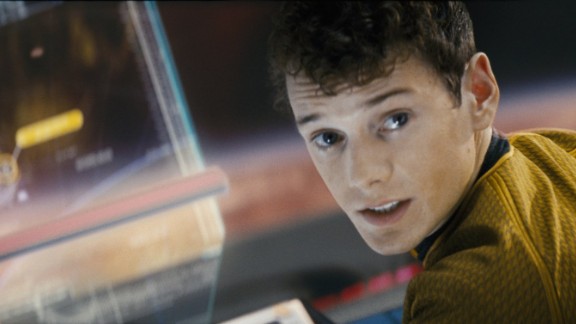 Actor Anton Yelchin, known best for his roles in "Star Trek," was killed after getting pinned by his own car, police told CNN.

The film, which features interviews with many of the actors friends and co-stars, including fellow "Star Trek" star Chris Pine, remembers Yelchin, who died nearly three years ago at age 27 after a freak car accident.

The trailer for "Love, Antosha" was released Monday, and also features interviews with Yelchin himself.

Best known for playing Pavel Chekhov in all three of the recent "Star Trek" films, he talks about his love of acting.

"It was like the first thing I consciously said to my folks: I want to do this, I want to make movies," Yelchin says in a clip. "My mom, I owe her everything for believing in me."

Kristen Stewart makes an appearance in the film, admitting that when she made "Fierce People" with Yelchin in 2005, they were dating.

"He kind of broke my heart," she says in the documentary.

"I was so kind of baffled by how good he was," Stewart says. "I wanted to be better, smarter, cooler, but couldn't even hang with him."

The actor's parents, Viktor and Irina Yelchin, former figure skaters from Russia, helped with the documentary, directed by Garrett Price.

At the end of the trailer, Yelchin's mom explains that the title of the documentary is how he would sign the cards he often sent her.

"There's no gifts better than those," she says.

The documentary also examines Yelchin's death, which happened on June 19, 2016. He was pinned between his Jeep and a brick wall outside his Los Angeles home after the Jeep had rolled backwards down a steep incline.

"Love, Antosha" will be released in theaters Aug. 2.