England v Scotland: Women's World Cup set to host one of the biggest rivalries in sport 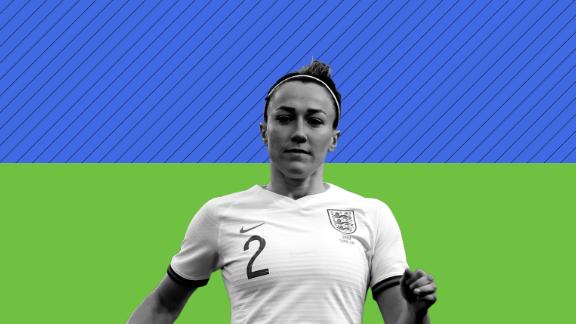 On Sunday, old enemies will go head-to-head as England take on Scotland at the Women's World Cup, continuing a rivalry that is like no other in sport. Neighbors and fierce foes, this is a World Cup opener neither team will want to lose.

Scotland, participating at the Women's World Cup for the first time, will be David to England's Goliath -- Phil Neville's team is ranked third in the world -- but as history has proved, never underestimate the Scots when beating the English is the bounty.

The world's first international football match -- a men's game -- took place in 1872 between the two countries, and England vs. Scotland remains as passionate as ever, whatever the sport.

Kelly Clark, Celtic Women's captain -- 'Whether it's the weather or sport, you just want to beat England'

It's such a big fixture. At the European Championship in 2017, England beat Scotland 6-0, so the Scottish girls will want to better that.

You just want to be better than England. It goes all the way back to history, when you learn about Robert the Bruce at school, and the freedom type story puts this rivalry in your head from a very young age and it doesn't end.

The game in Scotland has grown a lot, even getting to the World Cup, for us to get a good result in a fixture like that the whole country would be talking about it. For the headline to be 'Scotland beat England' would just be huge in the country.

Eni Aluko, 102 appearances for England -- 'There's always an edge to this fixture'

I have played against Scotland but always in friendly games, never in competitive ones, but even in friendlies there's always an edge to this fixture.

With the history and the rivalry, it was a game taken seriously by players, by coaches and by fans. There's just that edge to it -- tackles flying in, calls to the referee. It's a game each team want to win. There are some games that very much feel like friendlies and there's rotations etc, but England versus Scotland was never that.

This World Cup, generally, is going to be the best Women's World Cup in terms of the level of competitiveness between the teams. International women's football across the world is getting more professional. The fact there is a rivalry is one thing, but Scotland are also a good team. It's not really a fixture you can call and say that's a dead-cert for England.

It's a new England team, it's a much-improved Scotland team. It's a very very difficult one to call. There are many variables that means it's going to be a very tight game.

Obviously, in the last tournament, the European Championships in 2017, England beat Scotland quite comprehensively and played very well in the opening game, but the Scots were without their best player, Kim Little, but she will be playing in this tournament.

READ: Football is life -- the Nigerian women taking on the world

For years, I used to travel down to Wembley with my dad. He used to run coaches from Glasgow so we used to all go down on the buses to Wembley. I was only a young boy, I would only have been 15, and we'd all have the kit on, tartan scarves and that.

At that time, Scotland had some great teams. I was fortunate enough, I'm going to say fortunate enough, to be at Wembley the day we took the crossbar down in 1977 after we beat England 2-1, though I didn't invade the pitch.

The rivalry has always been big. We're always desperate for England not to be successful in Scotland and I don't think that has changed that much! But, in all seriousness, because I work in England and have had lots of England international players, I was always pleased when one of my players was capped by England, or called up into the international squad.

It's great that Shelley Kerr [Scotland Women's head coach] has got the Scottish team so far. We want to boost the women's game, which is greatly improving. They are beginning to get a lot more coverage.

He's one of my ex-players [Moyes was Phil Neville's manager when the England Women's manager was at Everton], but Phil Neville is doing a brilliant job with England Women. English women's football has really taken off and it is interesting to see how well the teams are doing. The quality of the players is fantastic.

I'll probably be sending Phil Neville some abusive texts before the match -- I'm joking, of course, I wish him well because he was also one of my staff members at United. But I hope Shelley does a good job.

Kelly Smith, 117 appearances for England -- 'England must play the occasion not the rivalry'

It was always the big game that you wanted to play in because of the rivalry, because of the home nation connection. A lot of the Scottish players back then played in the English league. You wanted to beat them to have bragging rights when you went back to play club football.

I played them a few times and we won by big scorelines. It was always a physical and mental battle because you knew Scotland wanted to beat England so badly.

When I was playing England were always so much better technically. But now some of the Scotland players would get into any team in the world, Kim Little, Caroline Weir and Jen Beattie.

For England, it's about trying to play the game and not the occasion and not get caught up in that rivalry.

All the pressure is on England. Scotland are a fantastic side and have a great manager in Shelley Kerr, they're going to perform to a very high standard so it's going to be a fantastic occasion.