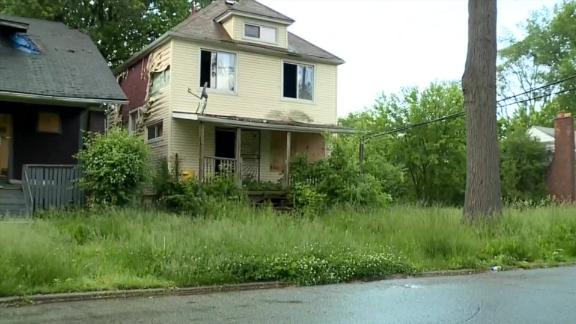 Since March of 2019, three women on the east side of Detroit have been found dead in three abandoned homes.

Even with a man in custody in connection with the suspected serial killings of three women in Detroit, the city is taking precautions to prevent more attacks.

Since March, three women on the east side of Detroit have been found dead in three abandoned homes partially dressed. Investigators believe a serial killer and rapist was likely responsible, Police Chief James Craig said.

But while the investigation is underway, the city has put into action plans to keep similar violence from happening again.

Police, the city and community members are all working to collect information on the crimes that may have already occurred and prevent more from happening.

Volunteers in the community are going door to door, canvassing the area near where the women were found, Detroit Mayor Mike Duggan said.

Each of the three victims were found in abandoned residences, and 40 police officers will be going out in teams of two starting Friday to search open, empty homes, the mayor said

Authorities fear that there may be more victims police have not been alerted to in more houses since the women were found days, and in one case weeks, after their deaths.

Once police have cleared the houses, they will alert officials to board them up, Duggan said. By the end of July, Duggan said, 1,000 houses on the east side will be boarded up.

And by September, citizens will be able to download an app that would allow them to report anyone trying to remove the boards and enter the houses, Duggan said.

"To turn back this violence, it's going to take our entire city—the police and the community together to say once and for all that this violence is just not acceptable," Duggan said.

Police said all three victims are believed to be sex workers, but Harrison's family has since said she was not, according to CNN affiliate WXYZ.

Harrison, the first victim found, is also the only confirmed homicide. Initially, police suspected she died by drug overdose, but a medical examiner ruled she died of blunt force trauma. The other two victims do not yet have a cause of death.

One victim was 52-years-old, and another was 53, Craig said.

But the third victim has yet to be identified.

Police describe her as an African-American female, about five feet tall and 100 pounds. She was described as having a short, cropped Afro hairstyle, that Craig said might be about three inches. Authorities do not yet know her age, and say she was "long deceased" when found.

The police chief announced Wednesday that police believed the three deaths were connected and likely perpetrated by one person before the other two deaths were ruled homicide. Mayor Duggan said the move is uncommon, but likely the right one.

"Rather than wait until the chief knew for sure, he felt it was important to warn this community about the possibility of somebody killing women in this manner," Duggan said Friday.

The investigation began after police discovered Harrison's body in a vacant home on March 19.

Then on May 24, they found Ellis. June 5, the third woman was found.

"Of course, there is a reason why we are linking the three, but because we are still very early in this investigation we just want to identify the violent perpetrator," Craig said Wednesday.

One challenge Craig discussed Wednesday was that if the series of crimes was affecting sex workers, police would need their help providing information. But, he acknowledged, many would likely be apprehensive to speak with police.