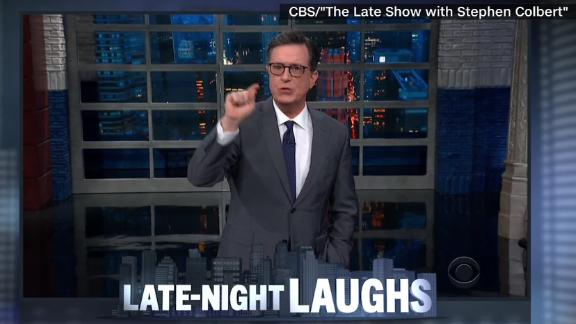 Late-night comedians give their take on the current restrictive abortion law that was passed in Alabama.

Have you ever wondered ... if gorillas like the rain? Where the most expensive cup of coffee is found? Or what it would be like to own a private plane? This week's must-see videos have the answers.

Rain can add a bit of gloom to your day but watching these gorillas will surely make you smile. The gorillas at the Riverbanks Zoo in South Carolina were not fans of getting caught in the rain, and their hilarious attempts to find cover were caught on camera.

Money where your mouth is

Whether you prefer Peet's or Starbucks or Dunkin' ... one thing is for sure: we all love coffee. A single cup of coffee using a single-source coffee bean known as Elida Geisha 803 may soon cost $75 at California-based Klatch Coffee Roasters. But, will the taste be worth it?

Drake has come a long way from playing Jimmy Brooks on "Degrassi: The Next Generation." The rapper announced his newest toy on Instagram: a customized Boeing 767-300F jet that cost over $220 million. He described the unveiling as "emotional."

Whoa! Residents in Texas were issued a caution warning after a dam collapsed. Surveillance video captured the moment the 91-year-old dam broke. Officials say the overwhelming amount of water cascading through the middle gate caused a nearby lake to drop seven feet.

If you've scrolled through Internet posts or turned on the television recently, then you've heard about Alabama's controversial abortion law. It became the most restrictive abortion law in the country -- a near-total ban on all abortions. Late-night hosts threw jabs at 25 white male lawmakers who voted for its approval.