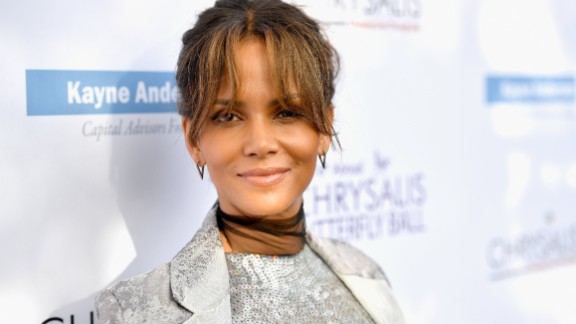 When actress Halle Berry was asked on "The Late Late Show with James Corden" if she ever knew a movie would turn out poorly while she was filming it, she had an answer ready to go.

Halle Berry knew that her movie "The Rich Man's Wife" would be a flop while she was filming it.

The actress appeared on "The Late Late Show with James Corden" this week. She revealed her least favorite role during a game of "Spill Your Guts or Fill Your Guts," where one opts to either answer embarrassing questions or eat a not so appetizing snack -- in her case beetle nachos.

When Berry was asked if she ever knew a movie would turn out poorly while she was filming it, she had an answer.

"I'm sorry everybody who worked on this movie," Berry said. "But I kind of knew it wasn't going to be the greatest cinematic experience for the people."

"You go into these movies always with the best intention," Berry said. "But then sometimes you get on the set and then you realize 'What was I high when I agreed to do this?'"

Corden joked it must have been a similar feeling to agreeing to play the game at all.