5 things to know for May 17: US and Iran, Taiwan, pregnant woman killed, SAT tests, Canada and the Philippines 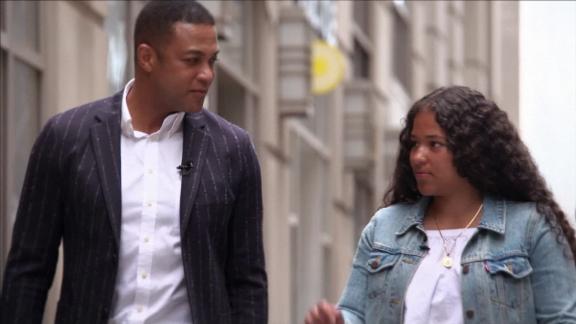 Would you stay in a hotel run by Taco Bell? You might get your chance this summer in Palm Springs, California. Here's what else you need to know to Get Up to Speed and Out the Door. (You can also get "5 Things You Need to Know Today" delivered to your inbox daily. Sign up here.)

The United States says it has multiple images of Iranian commercial ships in the Persian Gulf that it believes are carrying missiles. An official told CNN that recent surveillance has shown some of the ships moving in and out of Iranian ports in the recent days. CNN hasn't reviewed the intelligence that led to this assessment. And the government hasn't provided any proof the ships are carrying hidden missiles or any other munitions. All this comes as the United States has moved bombers and a carrier strike group into the region. Fears of a potential military conflict between the countries have increased over the past couple of weeks. Officials in Washington are debating whether Iran is planning to attack US assets or whether it is acting defensively in an attempt to deter US action.

Taiwan legalized same-sex marriage today, becoming the first place in Asia to pass such legislation. Lawmakers took up the controversial issue after the island's Constitutional Court ruled that the existing law -- which said marriage was between a man and a woman -- was unconstitutional. The bill passed today goes into effect at the end of next week. Gay rights seems to have regressed in the rest of Asia. Homosexuality is legal in mainland China, but prejudices and discrimination persist under the Communist Party. And just last month, Sultan Hassanal Bolkiah, the ruler of Brunei, said he'd introduce death by stoning for those convicted of gay sex. (He later walked that back.) More than two dozen countries around the world allow same-sex marriage, according to the Pew Research Center.

Police arrested and charged three people in a ghastly killing of a pregnant teen in Chicago. Marlen Ochoa-Lopez, 19, disappeared late last month after she went to receive an offer of free baby clothes from a woman she had communicated with online. Ochoa-Lopez's body was found Tuesday in a garbage can in the backyard of the woman who had offered the clothes. She had been strangled and her unborn baby forcibly removed from her womb, police said. The baby is in grave condition at a hospital. Two people, including the woman who police say lured the teen to the home, were charged with murder, while a third person was charged with concealment of a crime. Here are some safety tips to remember if you're meeting someone to buy or sell items in online transactions.

Students who come from tough backgrounds just might catch a break the next time they take the SAT. The College Board, the nonprofit group that runs the standardized test, said it will start assigning a score to students who take the SAT to reflect their social and economic backgrounds. The Environmental Context Dashboard would factor in things such as crime and poverty in a student's neighborhood to capture their "resourcefulness to overcome challenges and achieve more with less." This dashboard score will not include a student's race. College admissions are under heightened scrutiny after indictments were handed down against wealthy and powerful parents who allegedly paid their kids' ways into elite universities.

5. Canada and the Philippines

Canada and the Philippines are feeling some kind of way about each other right now. The two countries are having a diplomatic squabble -- over trash. And not just any old trash, mind you. They're fighting about 6-year-old trash. The tensions have gotten so bad that the Philippines has recalled its ambassador to Canada. This trash tiff started in 2013 when more than 100 containers of material from Canada arrived in the Port of Manila. It was supposed to be recyclable plastic; it turned out to be nonrecyclable plastic, household waste and diapers. Now Canada is accused of violating an international treaty governing the transport of hazardous waste. The Philippines wants the garbage gone, and President Rodrigo Duterte has threatened to ship it all back and "throw them into the shores or beach of Canada."

'Game' over?
More than 300,000 "Game of Thrones" fans are so ticked off about the way this final season has played out, they've signed a petition demanding a remake. They also need a life.

Mother's Day millionaire
Her sister bought her a $1 lottery ticket as a Mother's Day gift. Turns out it's the gift that keeps giving. That ticket was worth $1.3 million.

Safe and sound
A toddler was lost in the Kentucky woods for about three days. No one could find him until searchers heard his cries.

Tell me why
The Backstreet Boys just put out a new 20th anniversary edition of "I Want It That Way." You know what that means? We're all officially old.

Hot fuzz
Meet "Constable Scarecrow," the lifelike cutout of a police officer that's keeping the clamp on speeders in a Canadian town.

Quiz time
This sculptor's piece became the most expensive work by a living artist to sell at auction.

"I would rather starve to death than change my opinions in that regard."

Chelsea Manning, who was found in contempt again by a federal judge for refusing to testify before a grand jury. She was sent back to jail, just seven days after being released from the same jail.

The value of the wine that a UK restaurant accidentally served to an unknowing customer.

Take a dip
It's Friday, and the world's largest Jello pool beckons. (Click to view.)