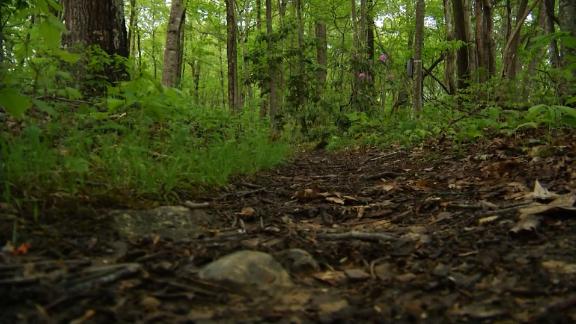 A Massachusetts man faces a murder charge after he allegedly attacked two hikers on the Appalachian Trail, according to the US Attorney's Office for the Western District of Virginia.

Ronald Sanchez's hike along the Appalachian Trail was among the outdoor activities that helped lift him from the "darkness" of depression and post-traumatic stress disorder that followed deployments in the US Army, his sister said Tuesday.

Sanchez, a 43-year-old Oklahoma resident, was identified as the victim of a fatal stabbing on a stretch of the popular hiking trail on Saturday, according to the FBI's Richmond Division and the US Attorney for the Western District of Virginia.

"He was adventurous and he got out of his shell and we were so proud of that because for a while he was in darkness," his sister, Brenda Sanchez Loera, told CNN in a phone interview.

A female hiker played dead so she could fend off the knife-wielding man accused of killing Sanchez and threatening others on a stretch of the trail in Wythe County, according to law enforcement.

The woman trekked six miles through a stretch of the trail in southwestern Virginia to report the attack early Saturday, according to court documents.

James Jordan, 30, was arrested and charged in US District Court in Abingdon with one count of murder and one count of assault with the intent to murder.

Being outdoors a form of therapy for him

Sanchez's sister and his former wife, Elizabeth Kordek, said the Army veteran ended years of military service, including stints in Iraq, suffering from depression and PTSD.

Sanchez also sustained back and knee injuries that made the outdoor activities he used as recreation therapy back home much harder, they said.

"He was in a cycling group, he was showing horses, and on a dragon (boat racing) team and these were all out of his comfort zone because he was a really shy guy," said Kordek, adding that a Veteran Affairs' doctor planned to write an article about Sanchez's hike along the Appalachian Trail.

"To survive those deployments in Iraq and to die like this is just devastating," she said.

Brenda Sanchez, who lives in California, said her brother was especially proud about the Appalachian Trail hike.

The fatal encounter began Friday night, when Jordan allegedly approached four hikers on a section of the trail in Smyth County, according to court documents.

"He was acting disturbed and unstable, and was playing the guitar and singing," said an affidavit attached to the criminal complaint, referring to Jordan. The hikers were not named in the document.

Later in the evening, after the four hikers set up camp in Wythe County, Jordan allegedly approached them again.

One hiker played dead and survived

Terrified, the four hikers scrambled to pack and leave camp. Jordan pulled out a knife and chased after two of the hikers -- a man and a woman -- as they fled, authorities said.

Jordan returned to the campsite, according to the affidavit, and started arguing with one of the two remaining hikers, referred to as Victim #1.

The other person -- referred to as Victim #2 in the affidavit -- watched as Jordan stabbed Victim #1 in the upper part of the body and Victim #1 fell to the ground, authorities said.

Victim #2 ran off and Jordan followed, catching up with her as she tired. She turned to face Jordan and raised her arms in surrender when Jordan began stabbing her.

She fell to the ground and played dead, "at which point Jordan left to find his dog," the affidavit said.

Two hikers met the woman on the trail and helped her trek six miles to Smyth County, where she called 911.

Victim #1 was pronounced dead at campsite, the affidavit said. A knife was near the body.

Authorities located Jordan and took him into custody. He had blood stains on his clothes, the affidavit said.

'He had a really good heart'

"We're really wondering how those last moments were," Kordek, also of California, said of Sanchez's encounter with the attacker. "He's strong and he's a fighter... He was a good person. He had a really good heart."

Brenda Sanchez said she has no doubt her brother would have fought the attacker. She said she lived life "through my brother." The two were raised in Garden Grove, California

"He was loving, kindhearted," she said. "He was always there for me, even though we were miles apart... He was a proud man. He loved people."

Sanchez was mentioned in an October story in The Oklahoman newspaper about veterans who participate in a cycling team as part of their recreation therapy. The story said he served 16 years in the Army, including three tours in Iraq, before being discharged in 2011 with PTSD and major depression. He used to lock himself in a room to avoid people and only ventured out at night to buy food.

"These programs at the VA just kind of opened it up for me," Sanchez told the newspaper. "Before the VA, my health was just going downhill."