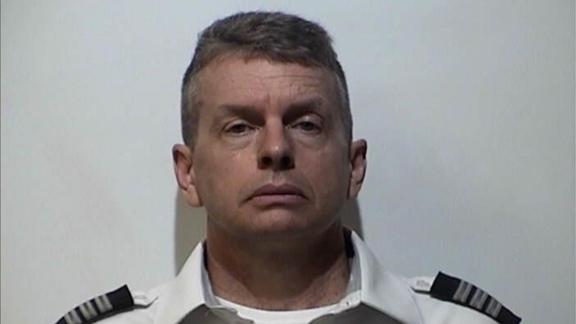 A pilot for a subsidiary of American Airlines was arrested at Louisville International Airport after he was indicted in the 2015 deaths of a Kentucky couple and their neighbor, authorities said.

Good morning from New York. I'm here with the rest of the 5 Things team for tonight's Webby Awards. We'll be accepting two awards for Best Email Newsletter (thanks again for the votes!). You can keep up with all the Webby winners here. Here's what else you need to know to Get Up to Speed and Out the Door. (You can also get "5 Things You Need to Know Today" delivered to your inbox daily. Sign up here.)

When the G20 economic summit is held next month in Japan, all eyes will be on President Trump and Chinese President Xi Jinping. There's more than a good chance the two will meet in person during the summit to discuss the ongoing trade battle between the two countries, White House economic advisor Larry Kudlow said. Last week the Trump administration raised tariffs on $200 billion of Chinese goods to 25%. Kudlow said the Chinese will retaliate. Talks between the countries ended without a deal on Friday, and no new talks have been scheduled. President Trump feels he can wait out the economic damage because he says the Chinese will pay the tariffs. But even Kudlow admits that's not really true: US companies pay the tariffs, and those extra costs are often passed on to consumers.

Two Saudi Arabian oil tankers were damaged off the coast of the United Arab Emirates, and the Saudis claim the attacks were sabotage. It's not clear if this incident is related to suspected "sabotage attacks" on four commercial ships that the UAE reported over the weekend. The US warns "Iran or its proxies" could be targeting commercial vessels and oil production infrastructure in the region. That's why the US has beefed up its military muscle in the area as tensions with Iran have escalated.

A group of passengers waiting for their flight over the weekend in Louisville, Kentucky, found out it was canceled for an unbelievable reason: the pilot had been arrested on triple murder charges. Christian Richard Martin, a pilot for a subsidiary of American Airlines, was arrested Saturday at Louisville International Airport. He's accused of killing a Kentucky couple and their neighbor in 2015. One of the victims was expected to testify against Martin in a court case.

A hike on the Appalachian Trail in Virginia turned deadly after a man attacked two people with a machete. A Massachusetts man faces a federal murder charge and is expected to make a court appearance in the case this morning. Authorities found one of the victims, an injured man, on the trail through GPS technology after he sent an emergency notification on his phone. The injured man later died. A woman who was injured in the attack walked six miles while bleeding before she was found.

Just how bad is our greenhouse gas problem right now? There's more carbon dioxide in the atmosphere today than at any point since the evolution of humans. That shocking bit of news comes from data from the Mauna Loa Observatory in Hawaii. It says the concentration of CO2 in the atmosphere is over 415 parts per million. That's higher than at any point in the last 800,000 years, since before the evolution of homo sapiens. Elevated carbon dioxide levels prevent the Earth's natural cooling cycle from working, trapping heat near the surface and causing global temperatures to rise.

NBA Game 7s don't get much more exciting than a series-clinching, buzzer-beating shot bouncing off the rim FOUR times before going in.

Those of you clamoring for an OutKast reunion got one, sort of, when Big Boi and Andre 3000 attended a high school graduation in Georgia.

The UK celebrates Mother's Day in March, but the Duchess of Sussex is still an American at heart, right? So she shared a new photo of baby Archie for US Mother's Day.

When your building is without power for days, it's nice to know someone with power, like an aide to Pope Francis who climbed into a manhole to restore electricity.

As the rest of us tried to process all that went on in Westeros, "Veep" said goodbye after a seven-season run.

Actress Felicity Huffman is expected to plead guilty today to paying $15,000 to a fake charity that facilitated cheating for her daughter's SATs. She faces up to 20 years in prison.

Sweden is reopening the investigation into an allegation of rape against WikiLeaks founder Julian Assange, a prosecutor said this morning.

A cathedral made out of breads, cereals and pastas? Yes, it's in Italy. And no, you can't eat it. (Click to view)