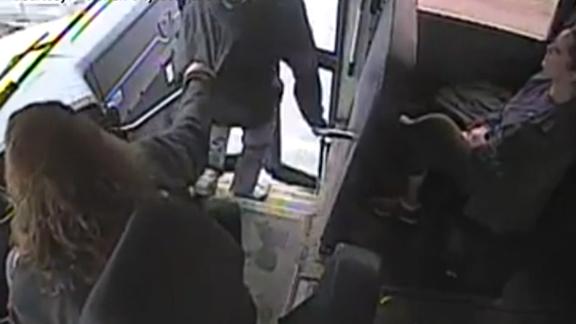 An alert school bus driver saved a student from being hit by a speeding car in New York.

Some people fear spiders and others fear snakes. But no matter your fright ... this story will give you the heebie-jeebies. An unsuspecting Oklahoma man was bitten by a snake wrapped around a porch light. His friend's doorbell camera filmed the entire incident. Fortunately, the snake wasn't venomous.

Lady Gaga is known for being over the top. This year's Met Gala entrance didn't disappoint. The singer-songwriter wore four different outfits in a matter of minutes, changing (seamlessly) right in the middle of the red carpet. Fashion crticis say this look was iconic.

First, coffee ... and then more coffee. The fourth episode of "Game of Thrones" Season 8 contained an unexpected surprise. Fans quickly pointed out a 21st-century coffee cup in Winterfell. Maybe even a Dragon Queen needs caffeine.

As I kid you either love or loathe your school bus driver. Well, one New York kid credits his driver a hero. Samantha Call pulled the student back as a car sped by the bus door. The breathtaking moment was captured by surveillance video and has since gone viral.

What do comedy and politics have in common? Both revolve around President Donald Trump. Late-night hosts dig into the New York Times report that Trump's businesses lost more than $1 billion in a decade and claim they "finally found what Trump is the best at."