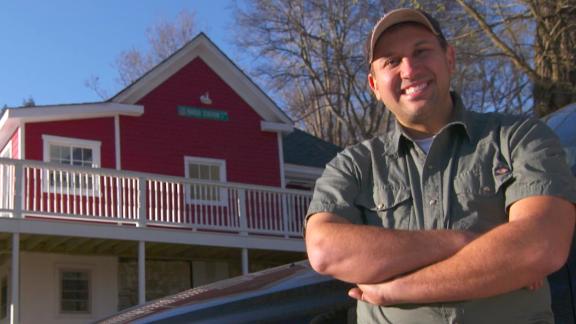 "The DIY Network family is sorry to hear about the passing of Troy Dean Shafer, a dedicated, driven entrepreneur and restoration expert who was admired by everyone who worked on the series 'Nashville Flipped,'" the network said in a statement to CNN. "We continue to extend our deepest condolences to Troy's family and friends during this difficult time."

Shafer died on April 28, according to an obituary. A cause of death has not been shared.

"Nashville Flipped" aired on the DIY Network for two seasons and was not in production at the time of Shafer's death, the network said.

In October, Shafer excitedly posted to Instagram about the airing of a show of his, which he'd hoped would get a full season order, called "Restoring Nashville."

Shafer grew up in Harborcreek, Pennsylvania, and graduated from Penn State Behrend School of Business.

He is survived by his parents, Timothy and Janet Shafer; brother, Tim N. Shafer; one niece, Samantha Shafer; and "several aunts, uncles, and cousins," according to his obituary.