5 things to know for May 7: Freed journalists, Trump, US and China, threat to planet, royal baby 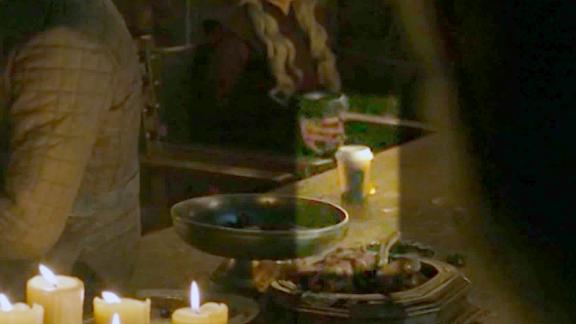 Is that a Starbucks cup in the middle of a "Game of Thrones" scene? CNN's Jeanne Moos reports on the grande Twitter roast.

Mozambique was devastated after getting hit with back-to-back cyclones. Here's how you can help the victims in the southern African nation. And here's what else you need to know to Get Up to Speed and Out the Door. (You can also get "5 Things You Need to Know Today" delivered to your inbox daily. Sign up here.)

For the first time in more than 500 days, Wa Lone and Kyaw Soe Oo are free. The two Reuters journalists were jailed in Myanmar under the country's Official Secrets Act for reporting on a massacre of Rohingya civilians. Their reporting won a Pulitzer Prize this year. They were released as part of an amnesty of thousands of prisoners by Myanmar's President and after a huge, international lobbying effort led by their fellow journalists. Wa Lone, as he left the prison, thanked his supporters and said, "I can't wait to go to my newsroom."

It's a really busy time at 1600 Pennsylvania Ave. right now:

• Treasury Secretary Steven Mnuchin refused to turn over President Donald Trump's tax returns to House Democrats, setting up a protracted legal battle that probably will end up at the Supreme Court.

• Hundreds of ex-Justice Department officials put out an extraordinary open letter saying if he weren't President, Trump would be facing multiple obstruction of justice charges, based on what's in special counsel Robert Mueller's report.

• The President pardoned a former Army soldier who was sentenced for killing an Iraqi detainee in 2009.

• Despite all of the controversies, Trump is more popular right now than he's ever been since taking office. He just hit an all-time high in his Gallup Poll approval rating at 46%. Why, you might ask? Two words: strong economy.

Despite Trump's tariff threat, a delegation of Chinese negotiators is still set to arrive in Washington on Thursday for trade talks. Trump administration officials accused the Chinese of reneging on previous agreements over the weekend and derailing months of progress. That may have been why the President threatened to hike tariffs on $200 billion of Chinese goods from 10% to 25% by Friday. The financial markets tanked on that before recovering. This morning stocks in Asian markets were mixed.

A new landmark report from the United Nations paints a bleak picture of the planet. It warns 1 million of the planet's 8 million species face the threat of extinction because of ... us. Humanity's ever-growing population and seemingly insatiable consumption are destroying the natural world, the report says. The global rate of species extinction is listed as "tens to hundreds of times higher" than it's been over the last 10 million years. Shrinking habitat, exploitation of natural resources, climate change and pollution are the main drivers of species loss. And that's not the only recent bad news to come out. Another study says permafrost is melting so fast in the Arctic that it's damaging the equipment scientists use to measure it.

Will we learn the name of the new royal baby today? Maybe. The first child of the Duke and Duchess of Sussex was born early Monday. Meghan and Harry skipped the traditional post-birth photo-op, and Buckingham Palace wouldn't confirm where the baby -- a boy -- was born. But mother and child  "are doing incredibly well," an elated Prince Harry later told reporters. As for the name, it could take up to 10 days before it's announced. The favorites are Albert, Philip and Arthur.

On the red carpet
We could say something witty and charming about the Met Gala. But you just want to see the photos, so here they are.

Where's the Starbucks in Westeros?
Somebody left a coffee cup in a scene in the latest "Game of Thrones" episode, and social media lost its mind over it.

Thanks, Mr. Rapper
Spicy chicken nuggets are coming back to Wendy's. Send your thank-you notes to Chance the Rapper.

Keep going
At 26.2 miles, marathons are long enough. So runners competing in a marathon in Belfast, Ireland, didn't need organizers to add almost half a mile to it.

Generation gap
Confused by what your Gen Z teen is saying? You might need to consult this new slang dictionary a Massachusetts teacher put together.

The number of measles cases reported this year in the United States, the Centers for Disease Control and Prevention says.

A 16-year-old died in a motorcycle wreck on a badly damaged street in Mumbai, India. Now his father honors the teen's memory by filling hundreds of potholes in the city. (Click to view.)