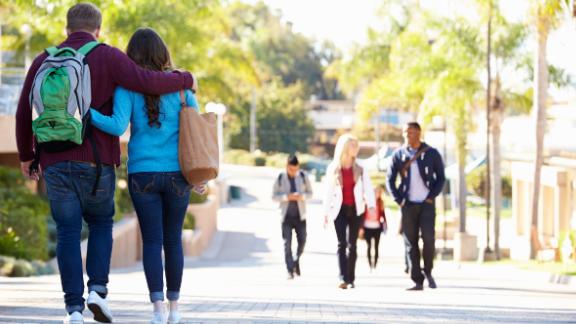 Two Swarthmore College fraternity chapters say they are closing their doors in response to allegations of racist, misogynistic and homophobic behavior against past members that emerged in recent weeks.

The accounts were included in documents from 2013 to 2016 that were leaked to two campus publications earlier this month.

One of the document dumps, the 117-page "Phi Psi Historical Archive," included rape jokes, racist tropes and crude descriptions of hazing among the pages of fraternity meeting minutes and scavenger hunt lists.

The "archive" also included a reference to another fraternity's "rape attic" and "rape tunnel." But that fraternity, Delta Upsilon, denied that such things ever existed and called the terms "a sorry attempt at humor by a member of another Swarthmore Greek organization."

"We are not aware of any member of Delta Upsilon using those terms in any context. We have no 'rape tunnel' or 'rape attic,' and we find the continued usage of these terms inflammatory and offensive," the group said in a statement.

Nevertheless, the terms and other details from the documents made headlines nationwide, roiling the private Pennsylvania liberal arts college and leading to a dayslong sit-in at Phi Psi's house.

Protesters arrived Saturday with a list of demands, including the dissolution of the Swarthmore chapters of Phi Psi and Delta Upsilon, the school's remaining two fraternities.

The protesters also sought the end of the building leases to fraternities and demanded the fraternity houses go to historically marginalized groups, such as students of color, disabled students, and LGBTQ students.

In videos shared on social media, protesters cheered the two developments, which came one after the other Tuesday night.

"DU and Phi Psi have disbanded in a testament to the power of survivor-led student organizing and direct action," the protesters said in a statement Tuesday night. "They made the right decision, even as the College refused to. Our work is not finished yet."

Why the fraternities say they are closing

Delta Upsilon made its announcement first on a Facebook page that appears to belong to the fraternity.

"Over the last few weeks, Swarthmore Delta Upsilon has listened to the concerns and feelings of the campus community. After much discussion, the members of Delta Upsilon have unanimously decided that disbanding our fraternity is in the best interest of the Swarthmore community. We hope that our former house will provide a space that is inclusive, safe, and promotes healing."

Swarthmore Phi Psi Fraternity also broke the news on a Facebook page that appears to belong to the group.

"We were appalled and disgusted by the content of these minutes, which led us to question our affiliation with an organization whose former members could write such heinous statements. We cannot in good conscience be members of an organization with such a painful history," the post said.

"Since the start of our membership, we made it our mission to improve the culture and perception of Phi Psi. Unfortunately, the wounds are too deep to repair, and the best course of action for all those involved is to disband the fraternity completely and give up the fraternity house. We condemn sexual violence, racism, homophobia, misogyny, and discrimination in all of its forms, and we will continue as individuals to work to create a campus where these issues are eradicated completely."

How the school is responding

Last week, Swarthmore President Valerie Smith condemned the documents and suspended all fraternity activity pending the results of an investigation.

On Wednesday, she said the administration respects the fraternities' decision to disband and their condemnation of the documents.

She noted, however, that so far no current students were implicated in the behavior described in the documents, adding that the school would not tolerate "unsubstantiated attacks" directed at individual students or student groups.

"We have heard heartbreaking stories from students who feel unwelcome to the point of wanting to transfer out of our community. Those stories have come from across the spectrum of our student body -- from student protesters to fraternity members," she said in a statement Wednesday.

"Stories such as these reflect our failure to realize the values we so often espouse."

A task force will continue working on recommendations for improving campus culture -- and, for the future of the fraternity buildings, she said.

"While the recommendations will cover a broad range of issues related to social life, I know that the questions of fraternity leases and the future of Greek letter organizations are of foremost concern to many of you. I intend to resolve those questions unambiguously when I share my decisions on the task force recommendations."

CORRECTION: This story has been updated to give the correct name of Swarthmore College.