Fire breaks out for the 2nd time this week at a Pennsylvania church. The first blaze was ruled arson 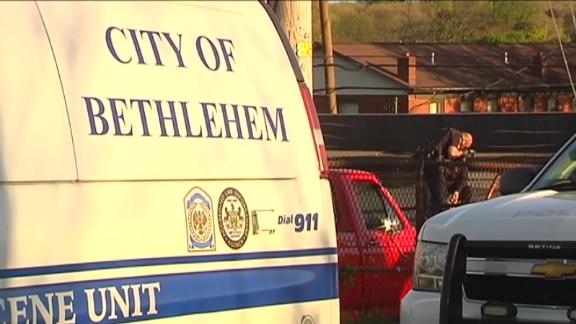 The Pentecostal Church of Bethlehem was ablaze for the second time in a week. The fire is under investigation and the cause has not been determined.

The Pentecostal Church of Bethlehem in Pennsylvania was ablaze for the second time this week.

Thursday's fire started in the early morning hours in Bethlehem. The blaze was contained to the church's roof.

"It was heartbreaking and really sad that this would happen for the second time and I said who would do such a thing, I mean what else can they burn in the building?" said Nitza Colon, church leader and daughter of the church's pastor, who spoke to CNN affiliate WFMZ in Allentown.

"They already burned what we love so much, the inside, you know so what else I guess until they see it to the ground. I guess they won't let it go."

The fire is under investigation, and the cause has not been determined.

Bethlehem police Capt. Benjamin Hackett would not say whether the fire is being investigated as arson, but the department asked people to report whether they observed anybody "acting suspicious or strange."

The first fire, which began early Tuesday, was determined to be arson by the Bethlehem city fire marshal.

The motive was unclear, according to a statement from the Bethlehem police, but it appeared to have been started in the sanctuary area of the church.

No injuries were reported, and the fire had burned itself out by the time first responders arrived, according to the statement.

Bethlehem police encourages anyone with any information about this case to call 610-691-6660, where they can remain anonymous.

The Bureau of Alcohol, Tobacco, Firearms and Explosives is assisting in the investigation and is offering a reward of up to $5,000 for information that leads to the successful prosecution of those responsible, according to the police statement. The ATF tip line is 888-ATF-FIRE (888-283-3473).