Alabama police chief says he is 'disgusted' by arrest video 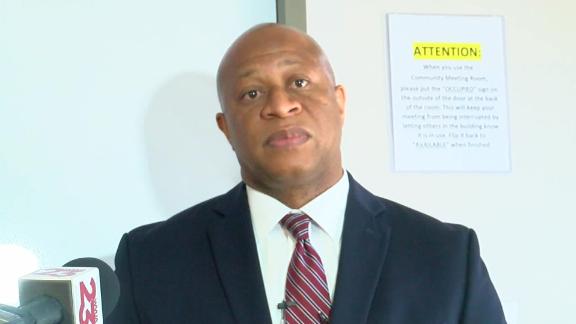 Tuscaloosa Police Chief Steve Anderson speaks after bodycam footage was released of an Alabama woman's arrest that ended with injuries to her head and two officers placed on desk duty while they await disciplinary proceedings.

Tuscaloosa police have released the bodycam footage of a woman's arrest that ended with her bleeding from her head and two officers on desk duty while they await disciplinary proceedings.

"He made me feel like I wasn't even human. Like I was a piece of garbage. Like I was an animal," said the woman, 22-year-old Jhasmynn Sheppard.

Sheppard was stopped by Tuscaloosa Police on Friday for leaving the scene of an accident, police said. She told CNN that while she was in a small accident, she and the other driver had ironed it out.

She was pulled over as she drove home. As Sheppard looked for her license and registration, the officer asked her to step out of the vehicle and began to handcuff her, according to the video.

At one point, Sheppard says, "Sir, please don't do me like this," and then turns toward the officer and attempts to pull her arm away as he is trying to handcuff her hands behind her back.

An altercation breaks out and another officer becomes involved. Video shows the woman on the ground with the officers on top of her and they can be heard cursing her, calling her "stupid" and threatening to kick her teeth in. One of the officers also appears to hit her with his baton.

Sheppard said she was arrested for unarming a police officer, resisting arrest and assault. She spent two days in jail and was never given medical attention, though she was bleeding from her head.

Sheppard says no one with the police or the city have contacted her since the arrest, but that she has heard through local media reports that the charges against her may be dropped.

Tuscaloosa Police Chief Steve Anderson says he was "disgusted" by the actions of the two officers.

The chief said the officers violated department training throughout the incident, and that both are now on desk duty during disciplinary procedures, according to CNN affiliate WBMA.

Sheppard saw the footage for the first time Wednesday.

"It kind of hurts my feelings every time I see it," she told CNN.