A 5-year-old boy was found in a shallow grave. A look into his short life reveals a series of injustices 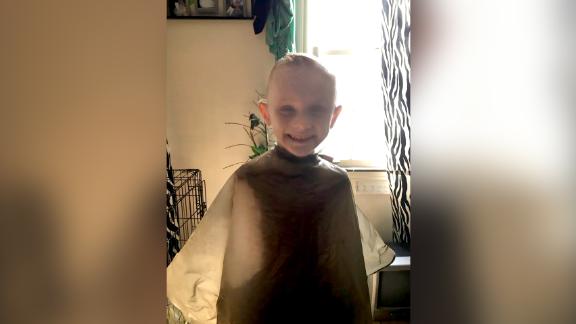 The body of 5-year-old Andrew "AJ" Freund was found wrapped in plastic in a shallow grave. His parents have been charged with murder.

In his five short years, Andrew "AJ" Freund endured more trauma than any child should.

A home that reeked of feces and urine. Frequent visits from police officers and child welfare workers. A family life so unstable that he bounced from one caretaker to another.

Now the boy is dead, found wrapped in plastic in a shallow grave. His parents are charged with murder and are accused of striking AJ. A pathologist found he died from head trauma caused by blunt force injuries, according to a coroner's report.

And those who knew about the family's troubles are left wondering whether they could have done anything differently to help prevent AJ's death.

A lifetime of problems

Soon after AJ was born, the Illinois Department of Children and Family Services got involved, spokesman Jassen Strokosch said.

The baby "was brought into care with us" when "neglect was indicated on part of the mom," Strokosch said.

But the boy eventually returned home to his parents.

The allegations were determined to be unfounded in both cases, Strokosch said.

Now the Department of Children and Family Services will review its work with AJ's family to see if there were any shortcomings, acting Director Marc Smith said.

If there are, the agency will tell the public what steps it will take to fix them, Smith said.

AJ's younger sibling was in the home until this week, but is now living with another family, Strokosch said.

"Protecting vulnerable children who come to our attention is at the core of our mission at DCFS," Smith said. "All of us feel this loss. Our priority is the care and safety of Andrew's younger sibling."

Child welfare services weren't the only ones streaming in and out of AJ's life. Crystal Lake police officers visited, too.

Last year, a neighbor in the Chicago suburb called police to check on the children because the home had been without power for weeks, according to a police report.

At the time, an officer wrote that two children appeared "healthy and happy." And child welfare services said the lack of electricity did not warrant their investigation.

But months later, authorities were called to the family's home again. This time, they saw more signs of neglect.

One officer found dog feces and urine scattered in the home in December, according to a police report.

During that visit, the officer reported a suspicious bruise on one of the children. But a welfare worker couldn't determine whether it was the result of abuse, the report said. Someone at the house said it may have been caused by a dog.

Police described broken windows and a strong smell of feces in the area where AJ and his younger brother slept.

One officer contacted Crystal Lake Building and Zoning to inspect the home.

"Upon arrival B&Z was denied entry into the residence," the officer wrote.

What happened in AJ's final days

The explanations by AJ's parents and police couldn't be more different.

Crystal Lake police said AJ's parents, JoAnn Cunningham and Andrew Freund Sr., forced their son "to remain in a cold shower for an extended period of time and/or struck" AJ, according to a criminal complaint filed Thursday.

But the boy's father told a 911 dispatcher that he put AJ to bed the night of April 17 and could not find him the next morning.

"I got back from the doctor's appointment and I checked in on him to say good morning and he wasn't there," Freund told 911.

Cunningham's attorney, George Kililis, told CNN affiliate WLS last weekend that the mother didn't know what happened to AJ "and had nothing to do with his disappearance."

Sonar teams scoured Crystal Lake, but found nothing. Canine teams "only picked up Andrew's 'scent' within the residence, indicating that Andrew had not walked away on foot," police said.

A week after AJ disappeared, he was found dead about 10 miles away in the city of Woodstock. The boy's body was wrapped in plastic and hidden in a shallow grave.

The discovery came after investigators analyzed the forensics of the parents' cell phone data. Police then interviewed both parents, who eventually provided information that led to AJ's body, officers said.

Freund, the father, also faces a charge of concealment of homicidal death, police said. It's not immediately clear whether Freund has retained an attorney.

Bail was set Thursday at $5 million for each parent.

'We ... are happy you no longer have to suffer'

In the close-knit city of Crystal Lake, devastated neighbors hugged and wept as news of AJ's death spread. Flowers and stuffed animals piled up outside the boy's home.

"Just a little, sweet 5-year-old boy," neighbor Janelle Butler told CNN affiliate WLS. "Oh my gosh, who could do that? I can't believe that I knew them and talked to them and they were capable of doing that. Right across your street."

"He was at the door with his brother fighting over who was going to get in the door first," she said.

Black, the city's police chief, spoke openly to AJ and said there's some consolation that mourners can take comfort in:

"We know you are at peace playing in heaven's playground, and are happy you no longer have to suffer."